While India Water Week is currently being observed a dark reality under Punjab’s green landscape is revealed… .reports Jaideep Sarin

The green fields of Punjab, which are known to produce a golden harvest year after year to cater to the country’s food grain needs, have a dark side — water scarcity.

Large areas in the state are staring at low water availability that has the potential of damaging the state’s agrarian livelihood in the coming years.

“Punjab, the land of five rivers, is staring at a dark future on the water front. The ground water level is fast depleting. Tubewells are being bored at between 300 and 400 feet. Every year, the level goes down by 10 feet. The situation is very alarming,” told farmer Kartar Singh of Bhogpur near Jalandhar. 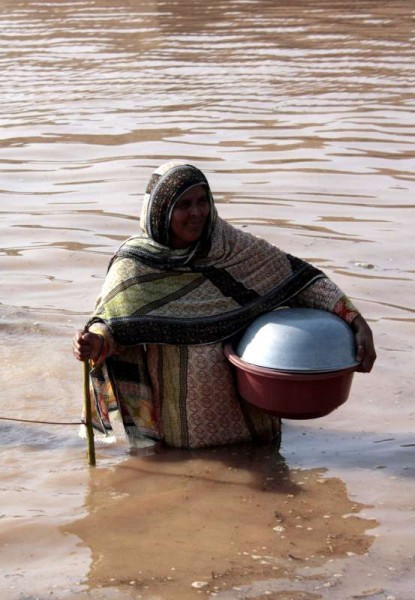 This situation prevails in the majority of areas across Punjab. Recent studies and official reports have shown the ground water is depleting alarmingly with concerned farmers saying they have no immediate solutions in sight.

Of the 145 water blocks that Punjab has been divided into, 110 have already been declared “dark zones,” state government officials said.

Nearly 45 percent of the blocks have been “notified” by the state government, which means their water can only be utilised for drinking purposes and cannot be used by the agricultural and industrial sectors.

Central and north Punjab, known as the Doaba and Majha areas and falling along the course of the Sutlej and Beas rivers, are the worst affected by the depletion of ground water.

“Instead of harping on the SYL canal issue, the state government, if it is serious, should help farmers to adopt new technologies like micro-sprinklers and drip irrigation,”  said agriculturist Khushwant Singh, a past member of the Punjab Agriculture Export Corporation.

Officials in the departments concerned admit that no effort for water management and regulation has been made so far, given the alarming situation. Punjab has not even set up an authority to regulate water use.

With the state ready to go to the polls in the next 10 months (February 2017), the government of Chief Minister Parkash Singh Badal is all set to sanction another 250,000 tube well connections to add to the existing over 1.3 million connections.

“Punjab has to rely heavily on tube wells, as 73 percent of irrigation is being done through them, resulting in fast depletion of the water table. Now the situation has become extremely grave,” an official note for a resolution against water-sharing with neighbouring states pointed out last month.

“The watering of crops now is a wastage as each plant gets more water than what it requires because old techniques are still practised,” shared agriculturist and member of the board of management of Punjab Agricultural University (PAU)-Ludhiana, Kulwant Singh.

He said the “real culprit” was the paddy crop, which was not natural to Punjab. “It guzzles 10 times more water than other kharif crops. Crop diversification and use of modern technologies like micro-sprinklers and drip irrigation are the steps forward to save water,” he added.

“Farmers should be encouraged to go in for short duration crops instead of the routine wheat-paddy cycle. Agriculture experts and PAU scientists are concerned about the ground water table going down,” he pointed out.

Against the national average of just over 40 percent area under agriculture, Punjab has over 83 percent of cropped area.