Sorry that this has happened in our beloved country. Brexit has won.  It was beyond all expectations and calculations. Boris and his team has made racism respectable again. In 1976 to 1981 , there was this kind of atmosphere. Racism was rampant. National Front was harassing people of colour. In fact in June 1976 , Gurdeep Chaggar was murdered in Southall. That led to a lot protests and demonstrations.

Then  on 23 April 1979, National Front wanted to hold a meeting at Southall Town Hall. This was opposed by the  people of Southall . All the anti-racist forces including AntiNazi League came to help the people of Southall to oppose this meeting.  I was a Councillor for the London Borough of Ealing  at that time and the Southall Town Hall was in my ward. There were running battles in the streets and the police at that time was itself institutionally racist. One Newzeland teacher Blair Peach was murdered in Beechcroft Avenue by a group of 6 police officers who were members of Special  Patrol Group known as SPG. I was about 20 feet away from the point where this muder took place. They were charged but none was found guilty of the murder as all chose not to give evidence. 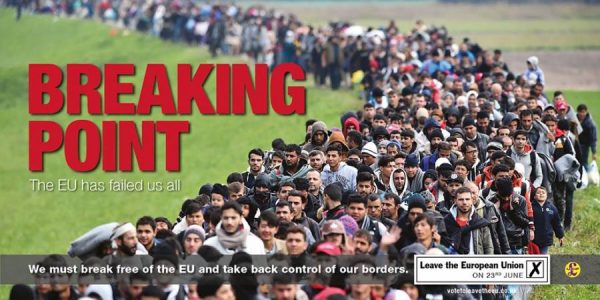 By July 1981 things had turned really nasty.  Three hundred skinhead were transported  to Southall in 6 coaches and they met at a pub at the boundary of Southall. After they had their drinks etc they started walking along the Broadway in Southall and started attacking Asians . Calls to police were ignored. A group of 6 persons came to me and told me as to what was happening . We very quickly organized a strong defence of the town.

We believed if Indians can be attacked  in Southall , then we might as well as pack our bags and go. But we decided to fight for our rights and dignity. The pub where these skinheads had gathered was burnt down and there were riots on a massive scale. Other towns and cities also went in flames and it was after these Riots of July 1981, that Lord Scarman was appointed to make recommendations to deal with this issue. National Front never came back to Southall .

National Front was finished after this . British National Party came on the scene for a while but could not get going. English Defence League then became active. But could not go far. Nigel Farage started creating the conditions that some in Tory party started worrying. Then Boris Johnson decided to use the opportunity to exploit the situation to further his ambition to become Prime Minister. David Cameron made the mistake of falling in the trap to hold this referendum.

Do not forget one of the biggest financial donation to the Brexit campaign came from Gladys Brammall who was a member of the British National Party at the time of Southall riots. She donated £600,000.00 to Brexit. Both Boris Johnson and Michael Gove should be ashamed of this . Boris is making English racism respectable and acceptable , while Donald Trump is sowing the seeds of hatred and division in America. What they do not  realize that we did not tolerate this in 1981 and we are not going to tolerate it in 2016. Boris , curb this now when there is still time. Learn a lesson from the history. If racial tensions got out of control, the damage to the society and the country would be many times more than in 1981.

Now the forces of English racism which had been decisively  defeated and were dormant for decades have come back to life. People of colour are being abused. Places of worship are being defaced. People from Poland and other East European countries are being harassed and abused. History is repeating itself.
Unless people get organised instances of racist abuse and attacks  would increase. Everybody  has a role to play to help people understand the situation.