Chief Minister of Andhra Pradesh Mr Nara Chandrababu Naidu will be on a two-day visit to London on 11th and 12th March 2016….reports Ragasudha Vinjamuri 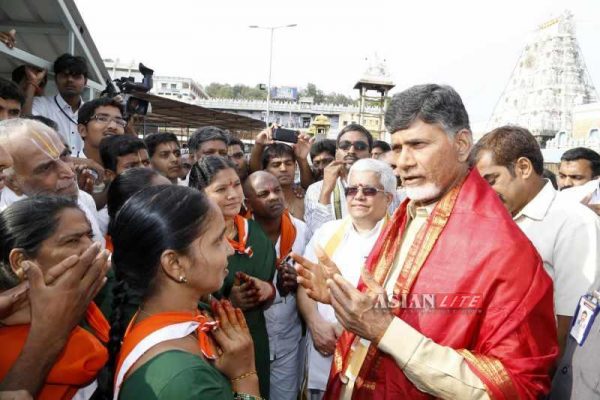 Apart from the event at British High Commission on 11th March, his visit includes one to one meetings for village adoptions and investments in the state. A community Meet & Greet event will be held at the White House, East Ham on 12th March.

The chief minister will be officially launching the APNRT Europe Cell during the interaction with the CM Session at the event.

Andhra Pradesh has achieved double-digit growth in the current fiscal, with 10.5 percent growth up to December 31, a senior official said.

Chief Secretary S.P. Tucker said at a district collectors’ conference here that the state was aiming at 15 percent growth rate in 2016-17, while focusing on economic development and social sector.

“Keeping a vigil on financial constraints, this year’s budget expenditure was more than budget allocation. The departments were able to mobilize funds judiciously,” he said.

He pointed out that the government’s efforts such as cascading and desiltation of tanks were effective in Rayalaseema region.

He said the Pattiseema lift irrigation project on Godavari river was a major initiative to link Godavari with Krishna river, thereby solving the water woes of parched regions.

He said seven projects will be taken up on a priority basis to make the state drought-proof.

Stating the government was at the forefront to make agriculture a viable profession, the chief minister said the government planned to reform the sector by setting up farmers producers organizations.