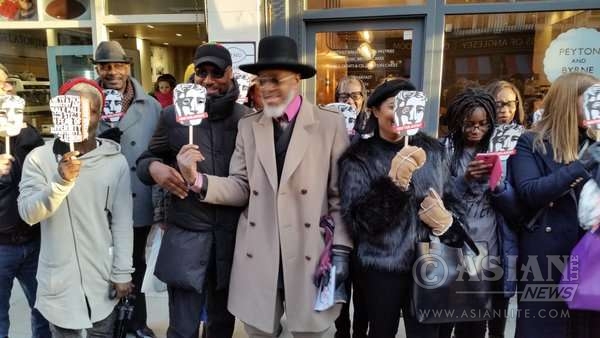 Following the widespread protest against the lack of diversity in the Oscar nomination this year, the British Academy Film Awards (BAFTA) ceremony was also hit by race controversy as a group picketed in protest against a lack of black and Asian faces in show business.

The protest was spearheaded by ‘Creatives of Colour Network’ which demonstrated outside London’s Royal Opera House, to bring to the limelight the issue of why the industry remained dominated by white men and which has been using the hashtag #BaftaBlackout on social media. 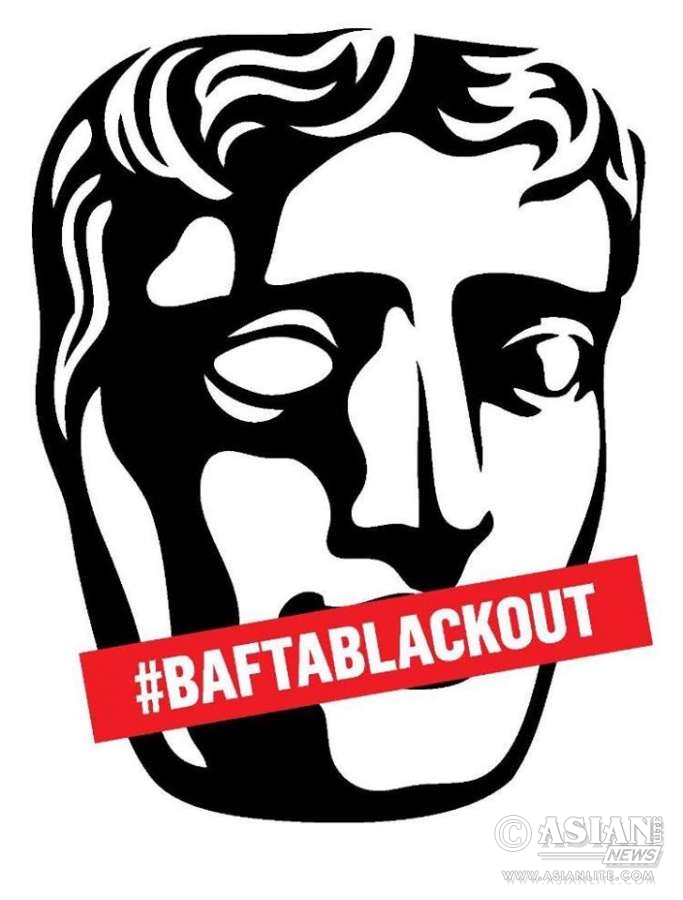 The demonstration was led by Leon Herbert who appeared in Batman and Alien 3 who was quoted as saying that the protest was against the film industry and not against Bafta. He added that the issue was that all the judging panels were white, and he wanted to create a level playing field.

The group chanted ‘cameras, lights, action, diversity and satisfaction’ to promote their message and held a banner which read, ‘The TV and film industry are male, pale and stale. In fear of diversity, opportunity and inclusion. We want a quota system.’

Idris Elba, who starred in Beasts Of No Nation, and was nominated for best supporting actor, and Star Wars actor John Boyega, who won the rising star, were the only black actors on this year’s Bafta shortlist.

When asked on the red carpet about the protest, John Boyega told reporters that it was a positive thing that a larger conversation is being had about the issue.

It is believed that  Bafta chief executive Amanda Berry supported the diversity protest and was quoted as saying that the industry and hence the pool of people to draw award winners from, was not diverse enough. 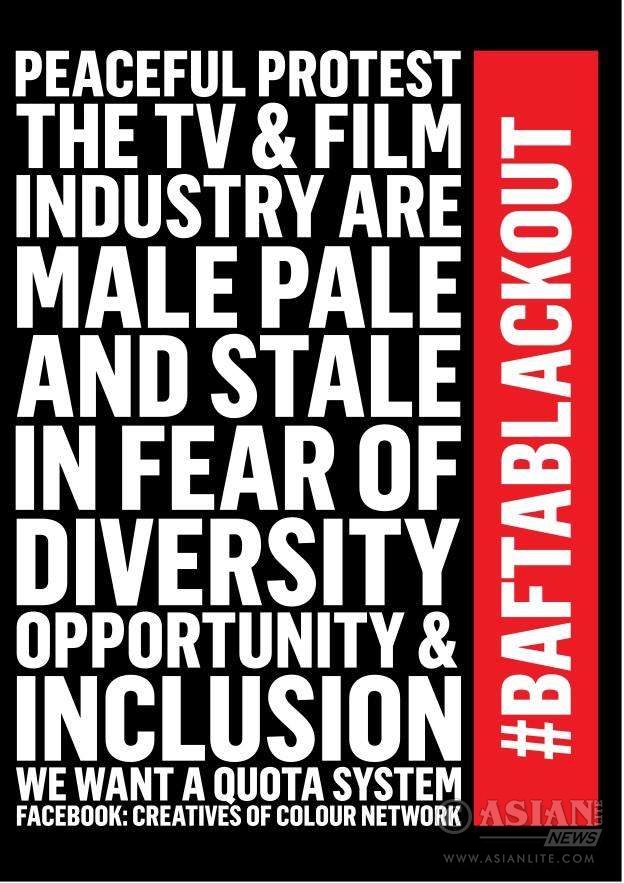