Baroness Shreela Flather, an avid campaigner against cousin marriages intends to approach the Archbishop of Canterbury to urge him to call upon the people who wants to marry within their family to take a genetic test before tying the knot….writes Rajitha Saleem

“I feel that the Archbishop would be the right person, who would be listened to and who can educate the public, if he takes up the issue,” said the first Asian to be made a peer in the houses of Parliament. She was speaking to Asian Lite about the deplorable lives of some of the challenged children born out of cousin marriages on the occasion of the International Women’s Day. 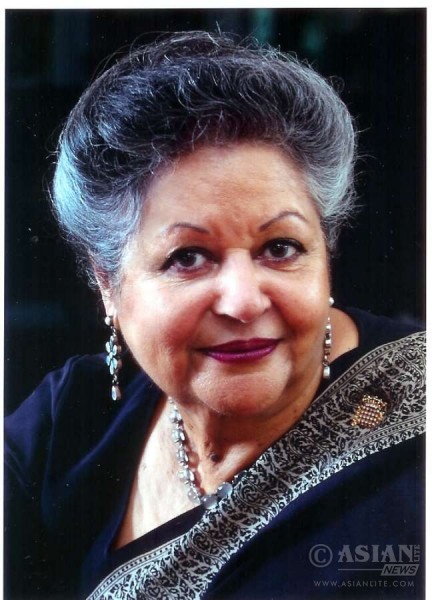 Baroness Flather said that the society at large still has a long way to go as far as women’s issues are concerned and singled out the communities in India and Africa to be especially lagging behind. “The issue is not the lack of laws, but their implementation. India has more laws to protect women than anywhere else, but no one really cares about the implementation,” added the veteran.

Mentioning about the `Nirbhaya’ case and the reaction of one of the rapist to it, Baroness lamented that India has still not come out of the dark ages.  She wondered what the purpose of religions were if they were not able to protect the basic rights of women. She said that the status of women in western societies are much better but added that women need to support each other more even in these societies. “It is time that we do away with the ancient law of women being protected by father, husband, and son in the different stages of their life,” said the Baroness who was the former mayor of Windsor and Maidenhead.

Baroness said that she has been treated well in the House of Lords as the Lords made her feel at home with their niceties and methods.

Baroness Shreela Flather has set up a charity, `Women Matter’ which will work for the progress of women in Africa and India through employment. She plans to hold a breakfast meeting with the corporates in this country who can find work for women to take forward the charity. “If I could, I would set up many co-operatives which can function among women,” said she reminiscing about the experience she had with a co-operative in Hyderabad in India, which gave sewing machines to many women from the economically backward areas.

“The self-respect that women gain when they earn their own money goes a long way in taking care of themselves, as is evident from the experience of garment factory workers in Bangladesh,” informed the Baroness.

Promising herself to strive for the betterment of women in the Asian and African communities, she recalled herself as a little Indian woman born in Lahore who has come a long way to represent Britain in Brussels and to be friendly with the royal family while she was the Mayor of Windsor.  Baroness concluded by saying that she would submit herself for the empowerment of women for the rest of her life.