Subdued conditions and uncertainty across the region’s industrial sector has affected the economy of the region, reports Asian Lite

Birmingham business leaders have called for a ‘clear vision for a post-Brexit UK’ after a key quarterly survey revealed ‘subdued’ conditions and uncertainty across the region’s industrial sector.

The Greater Birmingham Chambers of Commerce Business Report for the Second Quarter, in partnership with the University of Birmingham,  showed that sales had remained at similar levels to Quarter One 2016, with a rising number of businesses expecting turnover to stay constant.

Whilst regional businesses saw exports surge in the second quarter – with 35 per cent of firms overall reporting an increase in overseas sales compared to 26 per cent in the first quarter – Chamber executive Stephanie Wall said lacklustre conditions were ‘unsurprising’, given at the time of the Q2 report survey, the business climate consisted of weaker global growth, challenging exchange rates, as well as market uncertainty resulting from the uncertain outcome of the EU Referendum. 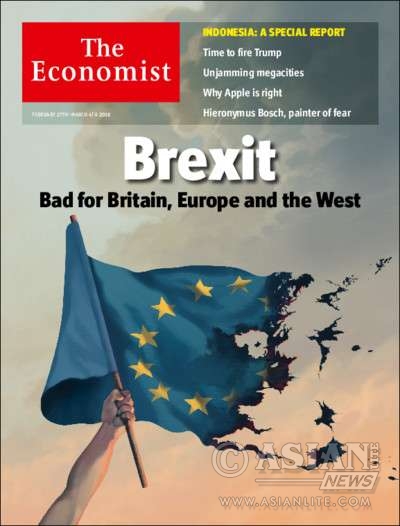 “Subdued conditions are unsurprising given the uncertainty that the past few months has brought leading up to the EU Referendum.

“Now that the Leave decision has been made, we ask businesses to be positive and avoid knee-jerk reactions. We have several years of negotiations ahead before this vote becomes a reality and there is still plenty of business to be done.

“Greater Birmingham still has much to look forward to through projects such as HS2 and the relocation of the HSBC, both creating a high number of jobs and opportunities in the region.”

The Chamber will be discussing investment in Greater Birmingham, with guest speakers Matthew Hammond, partner and Midlands’ region chairman, PWC, and Nigel Hinshelwood, head of UK and deputy CEO of HSBC Bank Plc, at the Quarterly Business Report Q2 breakfast review on 12 July at Birmingham Metropolitan College.  In addition, the results of the report will be examined in further detail.

The Chamber will continue to monitor business sentiment in the coming months.  The Q3 report will be published in September and will reveal any immediate impacts from the recent announcement to leave the EU.