The UK economy may be heading for its first recession since 2009, with economists slashing their forecasts in the wake of the Brexit vote and now seeing two quarters of contraction this year.

While the 0.1 per cent decline in gross domestic product anticipated in each of the third and fourth quarters is modest, it will mark the end of more than three years of unbroken growth. The changed outlook since the UK voted to leave the European Union has the Bank of England — which had been on a slow track toward interest-rate increases — now contemplating expanding stimulus for the first time since 2012.

While the impact is only showing up so far in measures of consumer and business confidence, that could ultimately spill over into key drivers of growth in the coming months, stymieing the economy. 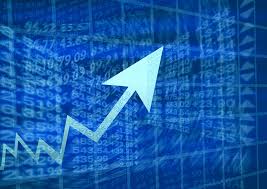 Even with some predicted Bank of England stimulus, the probability of Britain sliding into its first recession since 2009 stands at 40 per cent, up from 18 per cent in June, according to the survey, which was conducted after the central bank’s July 14 policy announcement. That’s the highest since Bloomberg started tracking the likelihood in 2012.

“We expect to see a recession around the turn of the year, based on the idea that there will be quite a large uncertainty shock which will lead to corporate retrenchment,” Nick Kounis, head of macroeconomic research at ABN Amro is reported to have said.

BOE policy makers “need to wait for a little bit of evidence but they can’t wait until it has already happened because monetary policy works with a lag.” Governor Mark Carney has indicated that some easing may be required, and the majority of economists surveyed predict the BOE will respond to the slowdown with one interest-rate cut of 25 basis points before the end of the year, taking the already record-low rate to 0.25 per cent.

The central bank will also boost its quantitative-easing program, currently £375 billion, by £10 billion in August, according to the median estimate. The BOE’s next policy announcement is 4 August, when the Monetary Policy Committee will also publish new growth and inflation forecasts.

Officials have said sterling’s sharp drop will put upward pressure on short-term price growth, though they have differing views on the medium term, which will play a part in their debate on whether to loosen policy.  While the UK voted to leave the EU, the actual implications of that decision remain unclear, an additional uncertainty for households and companies trying to plan.

Prime Minister Theresa May, who replaced David Cameron, has said repeatedly that “Brexit means Brexit,” and doesn’t intend to invoke Article 50 and kick off the formal exit negotiations before the end of this year.

This lack of certainty is not helping matters. Citing its network of economic agents, the BOE said on Wednesday that while it’s currently “business as usual” for most firms, around a third of contacts thought there would be “some negative impact” over the next twelve months.

Howden Joinery Group, a London-based maker of kitchens, said on Thursday that the referendum result means there is “clearly a heightened degree of uncertainty as to how demand in the rest of the year will pan out.” EasyJet said that Brexit-related currency volatility was impacting consumer confidence.

The International Monetary Fund slashed its UK outlook on Tuesday, as well as its global forecasts, saying Brexit implies a “substantial increase in economic, political, and institutional uncertainty.”

The latter would be the weakest since 2009, when the economy last suffered a full-year contraction. Inflation is seen averaging 2.2 per cent next year, just above the BOE’s 2 per cent target, and up from 1.7 per cent forecast in June.