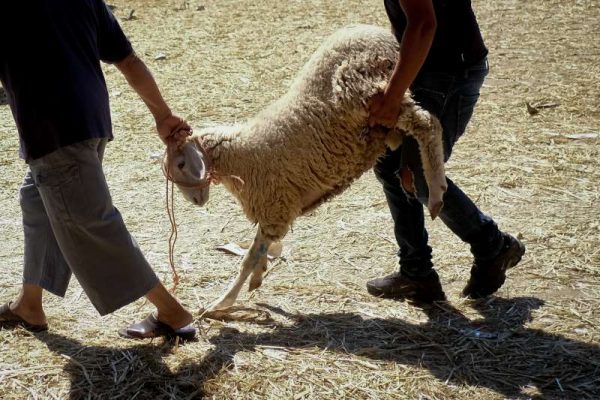 The livelihoods of 10,000 shepherds and sheep farmers would be at risk if Britons vote to leave the European Union (EU), a government minister warned .

Elizabeth Truss, secretary of state for environment, food and rural affairs (Defra) said a win for Brexit would threaten exports of lamb and mutton to Europe worth $416 million a year, Xinhua reported.

She said 40 percent of all the lamb and mutton produced in Britain goes to member countries of the European Union, accounting for 97 percent all exports.

Truss was commenting ahead of a visit on Monday to Cumbria in northern England to discuss the future prospects with farmers and shepherds in one of Britain’s major sheep farming regions.

She said that outside the EU tariffs could add an additional $222 million to the cost of lamb and mutton exports, making British lamb a less attractive prospect for Europeans compared to New Zealand and Australian competitors.

“Without this market — which accounts for 97 percent of all lamb and mutton exports — prices of British lamb could crash and put the sustainability of the industry and the livelihoods of 10,000 sheep farmers in jeopardy,” said the official.

A spokesman for Defra also said lamb exporters could face a red tape “double whammy” of different rules for animal health, food safety and labelling to sell abroad and at home, which would add additional costs and affect their profits.

Truss said: “Sheep farmers in Cumbria and across the uplands are a vital part of the British countryside, but without the benefits the industry enjoys from our membership of the EU, the very future of this iconic industry could be under threat.”

Cumbria farmer John Geldard, former chair of the National Sheep Association, said, “Many sheep farming and rural businesses are working on very thin margins with little spare capacity. To exit the EU with an accompanying four to five years of complete uncertainty would be reckless.”