Don Flynn, director, the Migrants’ Rights Network (MRN), responds to Brexit and how it is going to affect the rights of three million EU citizens resident in the UK….A special from Asian Lite News 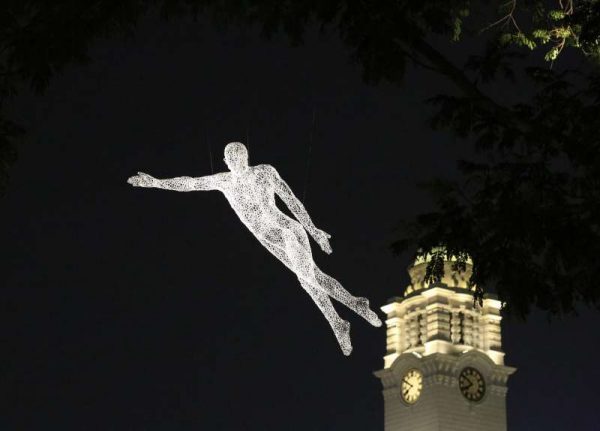 The vote to leave the European Union has thrown politics into a massive period of uncertainty. It is clear that deep public concern about immigration has been one of the most important factors encouraging 52% of voters to take the drastic action of the probable severing of the connection with the largest economic market in the world.

The perceived need to ‘regain control of our borders’ has been a potent message which summed up the feeling that many people have about a country that has changed so much in recent decades. Immigration, as many have said, has functioned as a proxy for the misgivings about living in a world where markets have taken the place of democracy in determining the quality of public life.

Many issues will force themselves onto the political agenda over the course of the coming days. Amongst those which relate to immigration are the following:

How will the vote to leave affect three million EU citizens resident in the UK? Of this group 1.4 million arrived before 2006 and have put down deep roots in the communities in which they live. Across the whole group 78% are in employment.

The balance is made up in the main of young people, either of school age and living with their families, or students attending UK universities and colleges. Many, both the young people themselves and their families caring for them, will be feeling great apprehension as to what the future holds for them.

During the course of the referendum campaign the leaders of Brexit have given the assurance that the position of people already resident in the country will not be under threat as a consequence of a ‘leave’ vote.

The issue to be immediately concerned about is the position of EU nationals who experience unemployment in the days ahead. The real danger of a major hit on the economy arising from the referendum result is likely to show itself as an increase in a rise unemployment which will particularly impact on the industries and services which employ large numbers of EU citizens.

If a renewed period of recession arises from the vote to leave it could bring scores and possibly hundreds of thousands of people in this group to the point of six months of unemployment which triggers the point at which the government claims it can require people to leave the country.

The task of negotiating a UK exit from its EU commitments is likely to be prolonged with uncertainty expected to stretch for up to two years before a deal is done.

It seems out of the question that borders will be closed to EU nationals in anything like the short-term. Re-imposing checks on people moving from other EU countries will be a formidable task. The millions who travel through UK air and sea ports each year will need to be identified and subjected to examination about their reasons for coming and the conditions that ought to be imposed on their stay.

The extension of visa controls back in the 1980s to the majority of non-EU countries has meant that the capacity to examine people at the time of arrival has been largely reduced to the simple task of checking whether or not people have the pre-approval for their journeys that is issued at UK consulates and high commissions abroad.

The reintroduction of checks and controls for EU nationals will mean introducing whole swathes of new immigration regulations which are currently only the subject of much confused speculation.

MRN has always argued that free movement has actually worked well as a rational approach to supporting the movement of people across frontiers, pushing back to a minimum crippling and often irrational regulations

As the public discussion about the policies which will impose the controls that voters, by a small majority, have voted for begins to get underway, voices will need to emerge from the migrant communities that inject the practical realities of the task right into the heart of the conversation.

Freedom of movement has existed since the 1970s as something close to a human right which cannot easily be revoked. It has been exercised by 1.2 million citizens who have made lives for themselves in other member states as well as those who have come to the UK.

We need to be ready for the political arguments and debates that will now get underway and make sure that we are in a position to protect as much as the right to freedom of movement as possible. The sort of expertise and detailed knowledge of what is really involved in migration and which is found in local community associations across the country now needs to come to the forefront to inform and influence the shape of policy in the future.

We should not give up on the right of free movement. We need to be prepared to work even harder in the coming period to make sure that the rights of migrants are not further trampled on in the rush to improvise immigration policies by politicians who have such a poor understanding of why they are crucial to the life of citizens in the 21st century.