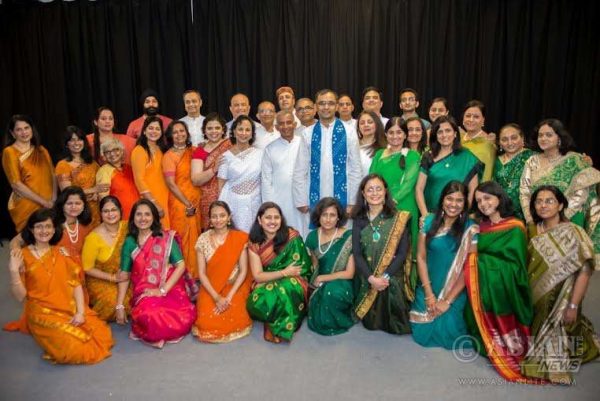 Bharatiya Vrund Gaan (BVG), the Indian choir, has presented melodious musical concerts at different venues in UK over the past two years. The choir is now set to perform on a national tour starting at The Lowry on 31st January 2016. This will be followed by concerts at another four high profile venues across the UK, giving music lovers the opportunity to experience the unique sounds from all corners of India!

local English community with an interest in world music. To a Western listener, the choir offers the richness and variety of sound that Indian music is renowned for.

“The performance was delightful, warming, uplifting and deeply spiritual” said Hazel adding, “such a varied and lovely programme, made perhaps the lovelier by my being seated in front of two senior gentlemen who sang happily along with the songs with which they were familiar.”

Commenting on the difference between mainstream English choral music and the Indian choir, David Bradbury said, “Unlike mainstream English choral music sung in four-part harmony, the Indian choir sang mainly in unison with some solo parts. The pieces themselves varied from inspirational spiritual songs to rousing patriotic anthems, with interesting rhythms and beautiful melodies. I readily identified with the underlying themes of freedom, inner happiness, peace and love.”

Liverpool-based Dr Manoj Kuduvalli, said ”It was a wonderful rendition of soulful music in various Indian languages set to different ‘raagas’. The selection of compositions was excellent. It was an uplifting experience”. 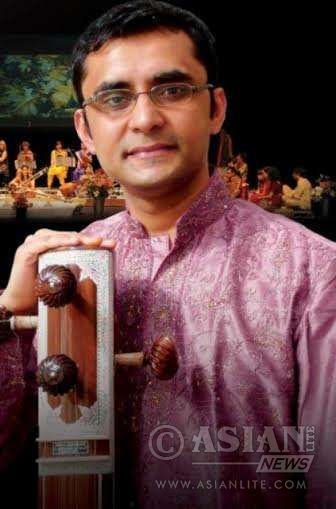 BVG the Indian choir, is the musical initiative and the dream of its creator and artistic director Mr Rakesh Joshi, who is a well-known vocalist, composer and teacher of music at Bharatiya Vidya Bhavan, Manchester.

Under his tutelage, around 50 singers from the Northwest of England and Greater London have come together to create a choir that sings together in perfect harmony. The idea of creating an Indian choir was inspired by the sound of Aakashvaani Radio in India. As a child, Mr Joshi often listened to a radio programme called ‘Vandana’, which featured morning prayers with choir like harmonisation.

Recently, the group had the huge honour of performing at an event welcoming, Mr. Modi, the honourable prime minister of India at the Wembley Stadium. They were also invited to perform at the House of Commons as a part of Diwali celebrations last year.

The sounds that the Indian choir creates are from all corners of India. Spanning thousands of years, from the prayers in Rigveda the oldest Hindu scripture, the classical based ‘Taranas’, the patriotic songs from  the era of freedom struggle to the popular folk tunes based on four seasons, the musical repertoire of the choir is varied and ambitious. The vocal compositions are based on classical ragas and folk tunes. Though many of the songs are composed by Mr Joshi himself, many known and loved compositions by famous poets and musicians were also used to a wonderful effect. Songs are mainly in Sanskrit and Hindi but include many compositions in regional languages like Gujarati, Bengali, Malayalam and Marathi thus adding a distinctive flavour to the collection increasing the choir’s appeal to the Indian diaspora.