The movie watching habit of Keralites have undergone a major revamp in the last couple of years in the UK. We find that films are being released at the same time as it does in India and we find more and more people at the cinemas week after week. Gone are the days when one Malayalam film will be released once in several months.

The reason for this renewed film viewing among Keralites could be pinned down to the film distribution company PJ Entertainments and its proprietor Prajeesh Kumar. Winner of the Best Overseas distributor at the Indiewood Film Festival in Kochi in November 2015, Prajeesh got into the line of film distribution when he started assisting his father when they brought the multi-starrer `HariKrishnans’  which was the first ever Malayalam film to be distributed in Europe back in 1998.

“Those were the years when there used to be only 7-8 films released in a year across Europe.  And there were only three places in the whole of UK where you get to see Malayalam films—East Ham, Croydon and Southall, “reminisces Prajeesh. 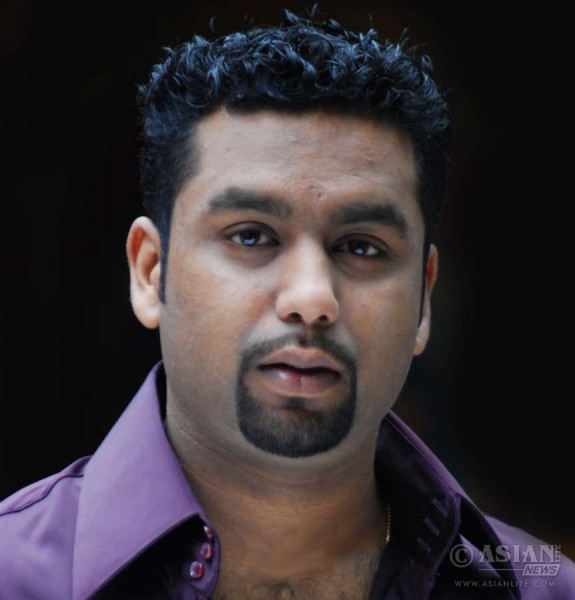 PJ Entertainments was established in 2002, and from then on with the onset of new technologies, there has been no looking back for both Prajeesh and PJ.  “Our strength is the huge loyal database that we have, which we make use of to market our film releases. Each of our members gets a personal email or an SMS for any of the releases. Rest of the success of distribution depends upon the picture. Of course, there are certain niceties such as beginning the correct show at the correct time. We also have a very strong social media presence in Facebook and Twitter where we have more than 35000 likes,” informs Prajeesh. He also added that the websites such as British Malayali and UK Malayalee give a very good coverage for PJ Entertainments.

The young distributor informs that overseas distribution of films have come a long way from the days when they had to travel all over UK with film reels. PJ Entertainments could only show films in 6-7 places in those times taking over 3-4 weeks to cover them. Then came the digital era in 2009 where films were available digitally and content delivered to theatres on hard drives.   “From those era, we have reached a time where films are shown through an electronic delivery, which makes use of digital content delivery, where the films can be downloaded directly to the projector through satellites,” adds Prajeesh.

According to Prajeesh, the success of a film is always a gamble and depends on various factors such as the director, star cast, story line and script. Marketing is the key here and we have found distribution companies like Lal Jose’s LJ Films move in a positive direction by having overseas prints available on time for release and using several techniques to promote and help a film become a winner at the box office.

Even when the major action market for PJ Entertainments is UK, it has distributed across Europe, The Far East, Africa and America. Prajeesh remembers the journey over the last 14 years where he was showing films from 3 screens to releasing a film simultaneously at 87 theatres today.

Prajeesh also expressed his appreciation towards Mr Ahmad Golchin of Gulf Film in the UAE who is known as the father of cinema in the Gulf. He has been a mentor to Prajeesh and guided him through the many aspects of Film Distribution helping him to succeed even when faced with the toughest hurdles.

“All this happened because of a sympathetic person Mr Rob Morton, who was the Head of Film Buying at Vue Cinemas, who was open to the idea of giving a chance to showcase Malayalam films in the chain back in 2009. Malayalam films were unheard of before that even when Vue showed Bollywood and Tamil movies. There was no looking back for PJ after that and now we have the patronage of Vue, Showcase Cinemas. Cineworld and Odeon which has gone a long way in popularising Malayalam cinema in UK,” says Prajeesh.  He adds that with the chain cinemas, more and more families are coming to see the films where the cinemas are more child friendly with their favourite snack stores.

Prajeesh informs that the biggest challenge he had faced during his distribution business is the internet piracy that had affected films mainly in 2010. But he is thankful to the anti-piracy cell in Kerala who was able to stop almost 80% of the online piracy which was a stepping stone for film distribution in UK and around the world.