The inimitable style of the dancing sisters—Srividya and Sridhanya—have captured the imagination of international audiences, writes Rajitha Saleem

There is no feat that is left unaccomplished by the dancing sisters from Karnataka. They have attained every award, danced on every stage and performed in every event that one can name in the dancing arena in South India. The sisters—Dr Srividya Muralidhar and Sridhanya Raman has captured every peak of classical dance. 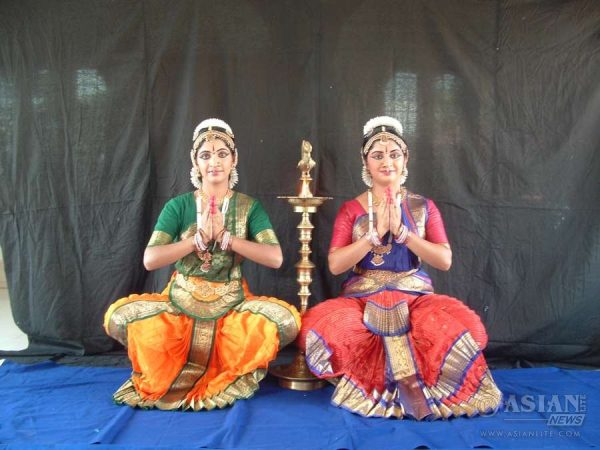 Borne to art loving parents K. Raman and Sharadha, who found the Sourabha Kala Parishath in 1991 in Kodagu in Karnataka in South India, the sisters were introduced to Bharatanatyam at a young age of 3.  “Even though it has been more than 3 decades of dedicating ourselves to the divine art and its ecstasy, we still feel that the knowledge we have acquired is just a drop in the ocean, and we quest to learn more and more,” said Sridhanya Raman who performed in Nehru Centre this week.

Trained by the eminent guru Karnataka Kala Tilaka Sri Muralidhar Rao, Srividya went on to do her doctorate in Bharatanatyam. Sridhanya was under training of guru Rajeshwari then and proceeded to complete her training under her own sister. Winner of several prominent awards such as Rajiv Gandhi Ekta award, Kittur Rani Chennama award, Kannada siri, Nritya Visharade, Natya Mayuri and Gaana Kogile at state and national level, Srividya is a graded artist at Doordarshan, the national TV of India.

“We are blessed in that we come from a family of artistes. My grandmother is a vocalist, and my mother’s siblings and grandfather were Yakshagana (an art form of Karnataka) artistes. Our mother was very much interested in Bharatanatyam which prompted her to train us both in the art form from a very young age. We are where we are because of our parents and we cannot thank them enough for showing us the right path from the beginning,” informs Sridhanya. 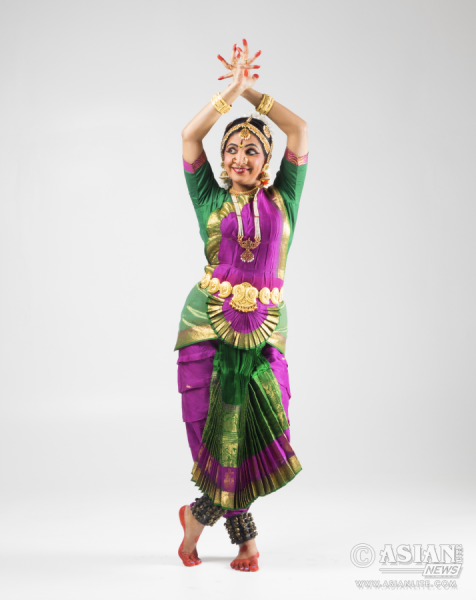 The sisters were also urged to stress on their formal education alongside their art development and hence Srividhya is an M.Phil. in management with training in education and journalism. She also followed her sister’s path and won for herself every award and accolades that Srividya did and is the Director of Sourabha Performing Art centre charitable trust in Madikeri, Karnataka. She started a branch in London by name Sourabha Performing Art centre UK Ltd.

Srividya on the other hand is a Post graduate in Management as well as English Literature, along with being the youngest artiste to be awarded PhD in Bharatanatyam. An exponent of Pandanallore style of dancing which combines abhinaya and abundant manodharma, Kannada Sahitya Parishath Bangalore, honoured Srividya by publishing her work, `Bhava Rasa Niroopanam.’ She has performed in various stages all over Middle East. 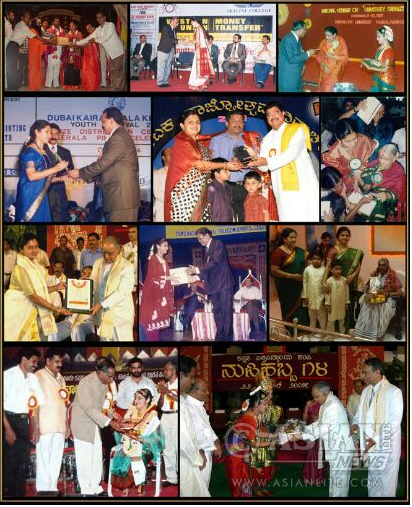 Along with teaching dancing at the Sourabha centre, the sisters are registered dance teachers and examiners at the State Secondary Examination Board Karnataka. Sridhanya had performed in more than 1000 programmes in all over South India, Frankfurt and London. She also takes an active part in providing opportunities for talented artistes by conducting an annual `Sangeetha Nrityolsava’ as well as teach physically and mentally challenged children in the organisation, `Swatha.’

“I began my dancing activities in London through a stage performance in the popular stage drama, `Swati Vedam,’ directed by eminent playwright Manoj Shiva, who was a very supportive force in all my artistic journeys in UK,” added Sridhanya. She feels that opportunities in UK for Bharatanatyam are limited, when the younger generation has lost connection with our culture, and inculcating our culture, tradition, history and teaching them our art form becomes a task.