Keith Vaz MP, the senior most British Asian politician, challenged the claims of Indian Diaspora Champion that curry houses are in crisis over the flood of EU migrants. Mr Vaz said Priti must not blame EU migrants for curry crisis 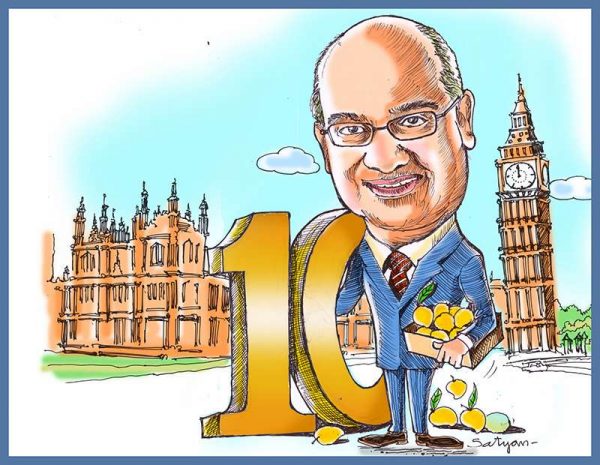 Ever since the first curry house opened in Britain in 1810, this cuisine has become a core part of British cooking. Many even proudly proclaim Chicken Tikka Massala as the UK’s national dish.  Curry has become a powerful symbol of our diverse and tolerant society, one that welcomes those who work hard, pay their taxes and contribute. That includes the generations of Indians, Pakistanis and Bangladeshis who have brought their wonderful cooking to Britain. But it also includes more recent waves of immigration from Eastern Europe who have also brought their own unique contributions to our country.

So I was furious to see Priti Patel claiming that leaving the EU and shutting the door on immigrants from Poland and elsewhere would save Britain’s curry houses. This is divide and rule politics of the worst kind. The truth is that the stoking of anti-Eastern European sentiment is a new form of racism that is no less bad than that experienced by previous waves of immigrants from the Indian subcontinent. I will defend to the hilt the right of those who come here and contribute to our society, wherever they come from. Giving in to rhetoric that sets one community against another would be to take a step towards a less tolerant and more mean-spirited Britain.

The curry industry in the UK is worth over £3.6 billion and employs over 100,000 people. I agree with Priti that there is a crisis happening in our country’s curry houses. It is deeply alarming that on average two are closing every week. But this has nothing to do with the EU and everything to do the policies espoused by Priti Patel, who just happens to be an Employment Minister and the Government’s “Diaspora Champion”.

The heart of the problem is the current visa scheme which has set a salary threshold of £29,750 for chefs, much higher than the average salary for cooks in curry houses. This makes it extremely difficult for the nation’s curry restaurants to recruit chefs from abroad. This could easily be solved in a stroke of Priti Patel’s pen by lowering the minimum salary requirement for chefs, something I have campaigned for along with MPs from all parties. But Priti Patel has failed to address this vital issue and is now conveniently using the EU as a scapegoat.

The reality is that the Leave campaign’s proposal to exit the single market and end the free movement of people would send Britain hurtling head-on into a recession. Every single credible economic institution, from the Bank of England to the IMF, is warning that a vote to leave the EU would be incredibly harmful to our economy. Independent analysis from the Treasury shows leaving could hit the average household by £4300 a year. That would mean fewer jobs, higher prices and less money in people’s pockets, cash that they could be spending on curry restaurants on the High Street. The Leave campaign are determined to play people off against each other, but the hugely damaging impact of leaving Britain’s home market of 500 million people would be felt by us all no matter our background.

Priti Patel has chosen to come to Leicester today, a city that prides itself on its diversity, to lecture us on immigration. This is a place where communities from all around the world, whether they are Indians, Poles, Kurds or Slovaks, can rub shoulders and get along, as demonstrated by the quarter of a million people who turned out on Monday to celebrate Leicester City’s Premier League victory. Our football team embody this spirit with a Thai owner, an Italian Manager, an Irish Chief Executive, a Captain with origins in Jamaica and players with a host of different nationalities. We should have no truck with those who try and divide our society and wreck our economy. My response to Priti Patel is clear: support our struggling curry houses, but don’t blame migrants from elsewhere.