In order to ensure patient safety, the BMA has agreed a protocol with NHS England for use in the event of a major unpredictable event. This sets out the circumstances in which the BMA would encourage junior doctors to return to work on the day of industrial action. Junior doctors will, of course, put patient safety first. If your trust calls you in and you unsure what to do, please contact the BMA on 0300 123 1233 and we will be able to confirm if the BMA has agreed to encourage junior doctors to return to work in that area. 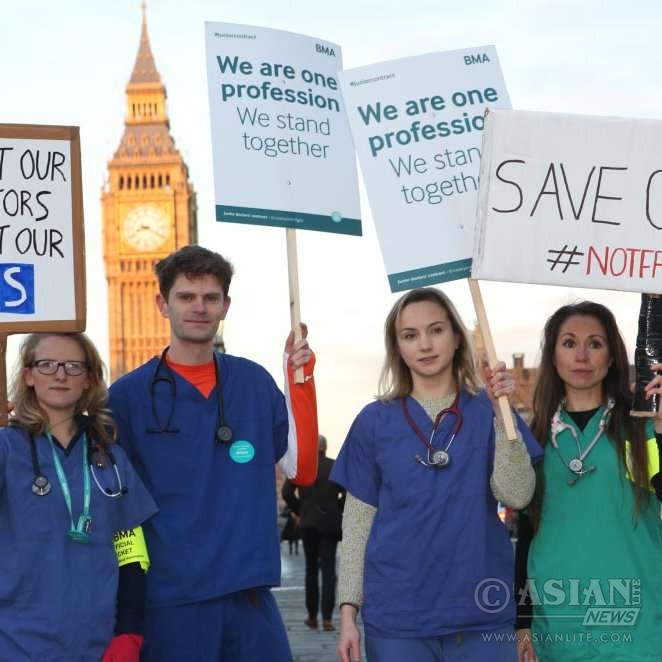 Action will take place from 8am on Wednesday 10 February to 8am on Thursday 11 February, with junior doctors providing only emergency care during this period. Trusts across England have been informed of this change to the originally planned action, which would have seen the first-ever full walkout with no care provided by junior doctors.

The decision comes after talks between the BMA, NHS Employers and the Department of Health were unable to reach an agreement on the issue of unsocial hours.

Originally planned as a full walk-out, action on 10 February will instead mirror that taken on 12 January with junior doctors providing emergency care only until 8am on 11 February.

BMA junior doctors committee chair Johann Malawana said: ‘Over the past few weeks, we have welcomed the involvement of Sir David Dalton in talks about a new junior doctor contract, which recognises the need to protect patient care and doctors’ working lives.

‘His understanding of the realities of a health service buckling under mounting pressures and commitment to reaching a fair agreement has resulted in good progress on a number of issues.

‘It is, therefore, particularly frustrating that the Government is still digging in its heels.’

He added: ‘The Government’s entrenched position in refusing to recognise Saturday working as unsocial hours, together with its continued threat to impose a contract so fiercely resisted by junior doctors across England, leaves us with no alternative but to continue with industrial action.’

Dr Malawana said the BMA had negotiated in good faith with the Government over the past few months but had seen ‘no willingness on their part to move on a core issue for junior doctors’.

‘The Government misrepresents junior doctors as a block to a seven-day NHS, but they already work every day of the week. What we are asking is that this is reflected in fair and affordable recognition of unsocial hours.’

Dr Malawana said the public had shown its support for junior doctors who deeply regret the duisruption which industrial action wil cause.

‘We have changed the form of the industrial action starting on 10 February so as to balance the need to send a clear message to a Government putting politics before patients while minimising disruption, with excellent care continuing to be provided by doctors and other NHS staff on the day,’ he added.