William Hague is seeking the ouster of “Gang of Six” in the cabinet who are campaigning against the government stand on EU. But his heir apparent in Richmond, one of the safest Conservative seat in the country, joined the Brexit camp. The young MP’s decision will embarrass Hague and other mentors.

Prime Minister David Cameron highlighted the nomination of Rishi from Richmond as the changed Conservative policy for providing opportunity for British Asians to enter the parliament. 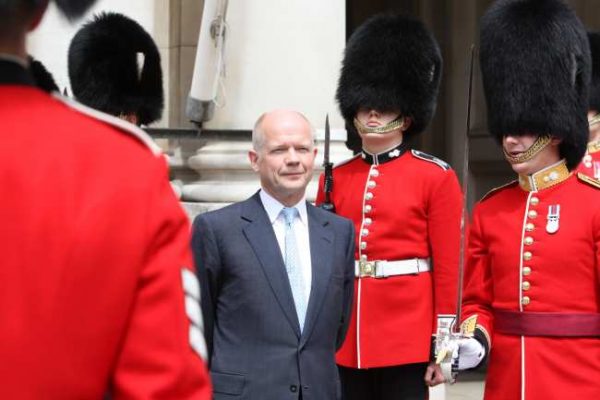 During an award event in London, Cameron said that he wants to see a British Asian Prime Minister in his lifetime.

“Let us think big about what Britons of all backgrounds can achieve,” said Cameron.  “When I hear ‘sir’, ‘your honour’ or ‘right honourable’, I want them to be followed by a British Asian name.”

To cheers he added: “One day I want to hear that title ‘Prime Minister’ followed by a British Asian name.”

Rishi, 35, was counted one among rising stars from the British Asian community. Employment Minister Priti Patel is another prominent British Asian in the Out campaign. 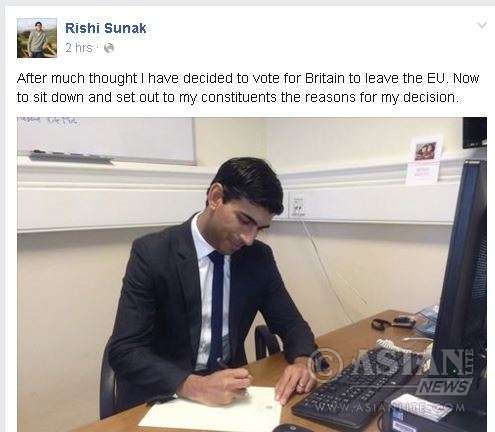