The Indian community in Britain will join millions across the world to celebrate the 42 birthday of murdered British MP Jo Cox….reports Asian Lite News 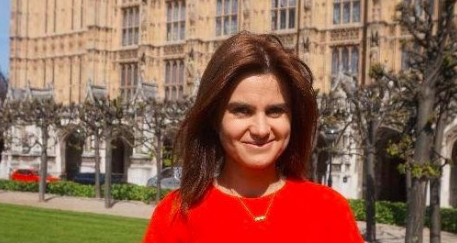 Senior Labour politician Mr Virendra Sharma, MP from Ealing Southall, will lead a candle light vigil outside Southall Town Hall to remember the life of Jo.  The Labour MP and mother of two was shot and stabbed in Birstall, West Yorkshire, on Thursday.  Tributes are planned in New York, Paris, London and in Mrs Cox’s Batley and Spen constituency. Speakers at the London event will include Malala Yousafzai.

“We will pay our respects to a wonderful and principled woman and in support of her family, friends and democracy,” Mr Sharma told Asian Lite News.

People are set to gather in London’s Trafalgar Square from 16:00 BST, BBC reported. An event is scheduled to begin at the same time in the market square in Batley, West Yorkshire. Organisers said the events, on what would have been her 42nd birthday, would “show the world we have more in common than that which divides us”.

Hundreds are also expected to attend events in Washington DC, Auckland and Dublin.

Organisers said on Facebook the aim was to “come together to celebrate Jo’s warmth, love, energy and passion… and her belief in the humanity of every person in every place, from Batley and Spen to Aleppo and Darayya”.

Speakers at the London event will include Malala Yousafzai, who will highlight some of the causes Jo supported. That will be preceded by a floating commemoration on the River Thames. Departing from the house boat community where Mrs Cox and her family lived, a boat will transport her widower Brendan and their two young children to central London and arrive at Westminster Pier at 15:00.