British Prime Minister David Cameron’s exit speech, with his quivering lower lip, won praise from some in the social media. Very quickly, however, sentiments changed with the recognition that it was his disastrous decision, coupled with bad timing and strategic misreading of sentiment, that plunged global markets into turmoil and uncertainty. Across the globe, the reaction quickly moved from shock and horror to ridicule and contempt.

Through the years that the UK has been part of the EU, it has, at best, done so in a half-hearted and hesitant manner. In Churchill’s admission to General de Gaulle, the UK preferred the open sea to Europe if it was forced to make a choice. That sentiment has never wavered. Indeed, even though the European Coal and Steel Community [ECSC] was set up in 1951, through the Treaty of Paris, after World War II to unify a devastated Europe, it was only in 1961 that Britain applied to join the European Economic Community that the ECSC had evolved into. It took over a decade, thereafter, for Britain to join the EEC.

Even at that time, the British were not convinced of the gains of joining and it was only through a referendum, in 1975, that Labour Prime Minister Harold Wilson renegotiated and won Britain’s membership. Cameron hoped to emulate his illustrious predecessor but failed to read the innumerable warning signs.

Indeed, in October last year, The Economist magazine, in an article titled “The Reluctant European”, predicted that thanks to Europe’s migration crisis and the euro mess, there was a realistic possibility of a majority of Britons wanting out if a referendum was held.

The real reasons behind the exit vote are yet to be fully analyzed and understood, though three things are clear: first, 58 percent of those who wanted to leave were 65 years old and more; second, Northern Ireland and Scotland want to stay in the EU; and third, London voted against Brexit.

Those who wanted out, as per statements published in social media, are reported to have blamed the influx of migrants, especially from Islamic countries and the on-going Syrian crisis; the volatile euro; the deepening financial crisis in several European countries such as Greece and Portugal; the aggressive Brussels bureaucracy and the loss of sovereignty.

The full implications of Brexit are yet to be fully understood and would, in large part, need to be negotiated between London and the EU member states. However, in the aftermath of the vote, the immediate consequence is one of significant uncertainty and hence confusion.

Northern Ireland and Scotland have already voiced views about breaking away from the UK. Bizarrely, lobbying has started within the UK for London to remain a part of the EU! To confound confusion, there is talk of a second referendum!

Ultra-rightest lobbies are likely to capitalize on the vote and given how emotive the migration issue is, there is genuine fear that disintegrative forces would be unleashed. A gloating Marine Le Pen of France has already said that the UK has started a movement that will not stop. There is credible anxiety of the contagion spreading and threatening the very idea of European integration and unity.

The exit vote, as per Article 50 of EU Law, requires that within two years, a new relationship between the EU and the UK has to be negotiated. This is not as simple as it sounds. Will a post-Brexit Britain be excluded from the Trans-Atlantic Trade and Investment Partnership? Does the UK go it alone in the WTO? What happens to EU nationals working in the UK and vice versa? These are only some of the multiple questions that have been thrown up.

The annoyance at the vote is considerable and though Cameron has said that he will step down only later in the year, when the party elects a new Prime Minister, there is pressure to commence the negotiations immediately and begin the process of clarity. 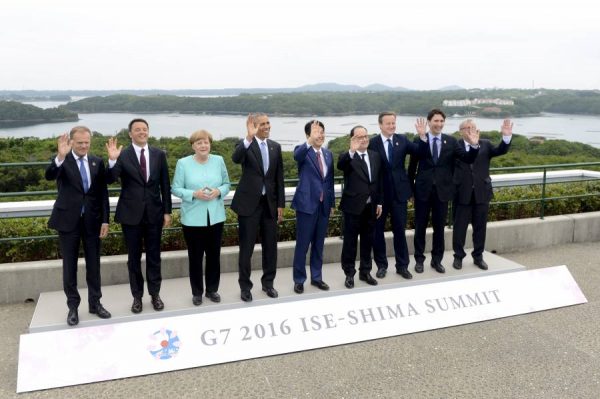 German Chancellor Angela Merket, known for her sagacity and far-sightedness, clearly anticipated this and, immediately after the vote, convened a meeting of the six founding states — Belgium, France, Germany, Italy, Luxembourg and the Netherlands — to gauge the sentiment on next steps. She cautioned against a quick divorce and said that while there needs to be clear roadmap, rushing into an exit was unwarranted. This was in sharp contrast to the position taken by the EU president, who wanted the UK out and fast.

These are difficult times and once again, all eyes will turn to Merkel’s cool head to steer the dangerously damaged EU ship. What an extraordinary development that it is Germany, post-World War II, that has emerged as the ultimate European!

Perhaps the most remarkable tragedy is not that Britain is isolated or that the global economy is in turmoil but rather that when the majority of persons who voted for out were senior citizens, it is the young in the UK who would be denied the opportunity of taking advantage of the opportunities that EU offers. They would be the biggest losers. Perhaps the British Prime Minister ought to have gauged the implications with greater sobriety.

Cameron might have hoped to go down in history. He will, most certainly, do so but it is least likely that the biographies would be kind. As democracies, we are aware of the importance of respecting the will of the people. But democratic governance is also responsible governance. If anything, the timing of the referendum was an irresponsible and strategic blunder. Cameron didn’t just let down the UK, he let Europe and the global community floundering. This surely was not the mark of statesmanship.