Manish Tiwari, founder of Here & Now 365, London’s largest multi-cultural agency, reviews The Z Factor for Asian Lite. Manish was one of the first generation Indians who chose advertising as a career choice after his engineering education from prestigious Birla Institute of Technology

Subhash Chandra’s biography – The Z Factor published by Harper Collins India and penned by Panjal Sharma takes us through the journey of a common man who was born and raised in a small village in Hisar, Haryana but made his mark in the world of business and media, and possibly is the most influential Indian man in media globally.

While many of us know Subhashji (as he is addressed within the industry) as the man behind the Zee TV group, not many are aware about his initial struggles and the fact that he has been a pioneer not only in the media industry but also in his family business where he revived the fortunes when they were on the verge of bankruptcy by being an innovative rice trader and subsequently building a packaging businesses where he almost lost his fortune, and then had the vision and appetite to build Essel World – an innovation India is yet to replicate.

Subhasji  shares his vision and experience for the new generation to emulate. His influence is visible in every media sector. On a personal note, I was one of the first generation Indians who chose advertising as a career choice after my engineering education from Birla Institute of Technology and decided to take up a postgraduate course at MICA in advertising instead of following the norm and joining HCL in computer sales. Zee TV was in vogue during the neo-consumerism days when Doordarshan was the only form of entertainment. I had refused a campus placement at Zee over a career in advertising and kicked myself later as the one colleague of mine who joined Zee earned a handsome bonus courtesy the Zee stocks sky-rocketing in the scam ridden bullish stock market rally in the late 90’s, which made Subhashji the richest Indian in the year 2000.

The Z Factor covers every chapter of his life in a crisp manner, without shying away from controversy rather approaching it with the detached objectivity of someone who has lived through the struggles, glory and betrayals of being a man who has lived by his ambition.

It is an inspiring account on how a boy from Hisar who couldn’t complete his education, climbed the ranks of society through his entrepreneurial mind and innovative streak. While we are aware of him starting the first privately owned channel in India, thereby changing the media landscape, just a few are aware of him being the man to introduce plastic laminated tubes we use in toothpastes now to India and construct Essel World – the first amusement park in India.

The book delves into the fact that politicians make strange bedfellows, while on one hand they helped him secure deals during his early days as a rice exporter, at the same time they were the ones who sought to put hurdles in the way when they thought his power and ambition might be difficult for them to curtail. That in a nutshell, is the irony of the Indian entrepreneurial drive often waylaid by crony capitalism. 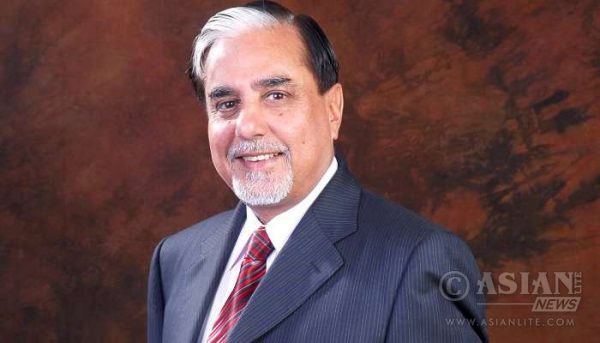 The Z Factor gives rare insights into the way lobbying and political influence works and what impressed most was the way he hasn’t shied away from laying bare his soul by discussing the fall out with his Guru Mr Goenka on the construction of the Pagoda at the Vipassana Foundation in Mumbai or reporting against the Ambanis’s during the petroleum scam and Naveen Jindal during the CAG scam.

In today’s India where start ups are making a mark with the unicorns embarking on new avenues, one can safely say after reading The Z Factor that Subhashji  is among the very few who would count as their predecessor and if ever we were to acknowledge India’s pioneers, in post independence history, he would be among the few who have made such a mark. However, as he rightly mentions “our country does not want to recognise or respect its pioneers”.

While Pranjal Sharma covers every aspect of his professional life, one thing missing though is his personal life. While the book delves briefly into those rather private areas of his life, a lot remains perhaps judiciously hidden as he still is the reigning patriarch.

In my years of working in the media industry in India and UK, Subhashji is seen as someone dictatorial and often as a  ruthless operator; more often than not his employees have left him to join competitors and tried to rock his boat. It is not easy for a man who faces such trials and tribulations and quite often backstabbing and betrayals to always retain his humane and spiritual side but that is where the book succeeds in bringing that very Subhashji alive outside the realm of unabashed adulation and business accolades, finally you see the man for his real self, a human being who strives relentlessly to make a difference and create value and that truly is the triumph for the book.