This is one decision that we can’t wake up and regret on Friday morning. We need to build bridges not walls and be a full twenty-first century player on the global stage: in the Commonwealth, NATO, UN and EU. Leading them, not leaving them. I’m happy to say that the three of us are all ‘IN-ers’ and like many we have been horrified by the shameful myths being peddled by Brexit campaigners specifically those targeted at BAME communities and designed to sow divisiveness in our country….writes Rupa Huq, MP for Ealing Central and Acton

My mum, born in the early 40s, and my dad – who’s no longer with us but was born in 1935 – were children of Empire who came to this country in the 1960s. My siblings and I were children of the Commonwealth who grew up watching Blue Peter (one went on to present it) and listening to Kylie. Like everyone else in the UK, we now face the most important decision for a generation as we decide whether to remain in or leave the EU.

I’m happy to say that the three of us are all ‘IN-ers’ and like many we have been horrified by the shameful myths being peddled by Brexit campaigners specifically those targeted at BAME communities and designed to sow divisiveness in our country.

My late dad owned two Indian restaurants, so I understand some of the pressures the industry has been facing. Late last year I raised the issue with George Osborne in the House of Commons and coined the term ‘curry crisis’ to describe how two such restaurants a week are closing in the UK. This was because of a range of government policies including their lack of support for our high streets and the non-extension of business rate relief – I’m pleased to have seen a U-turn on the latter since my question.

Now the ‘Leave’ lot are trying to exploit the curry issue. Claims from the likes of Nigel Farage that it if we were to exit the EU curry chefs who have faced stiff visa requirements from the Tory Government would suddenly be welcome with open arms are blatantly false. Their misleading claims ignore the fact that this problem is not caused by EU membership but rather comes down to a policy decision from a Government which many of the Brexit campaigners are part of. Employment Minister Priti Patel could have acted to try and address the issue before now, but she has not. I hope those who applauded my question back in December will be careful to scrutinise the fact behind Leave’s claims.

Another depressing trend I’ve noticed from the Leave camp’s interactions with black and ethnic minority communities is their attempt to set up a false choice between membership of the EU and our relationship with the Commonwealth.  We can and should be a prominent and leading member of both. Not just because it is good for us, but because it is good for other Commonwealth countries as well. Just ask Baroness Scotland, Commonwealth Secretary General, who is clear that the organisation she leads “does not set itself up in competition with Europe – we are partners”.

Prominent Commonwealth leaders such as India’s Prime Minister Narendra Modi, Canadian premier Justin Trudeau and Australian Prime Minister Malcolm Turnbull have spoken out against Brexit. And it’s not just our Commonwealth partners who have warned about the risk of leaving the EU. President Obama feels so strongly about the vote that he travelled to Britain to warn us not to consign ourselves to isolation on the fringes. They all understand that by being in Europe we actually amplify British influence, we don’t diminish it. Which is why Vladimir Putin is rubbing his hands together in glee at our potential exit. 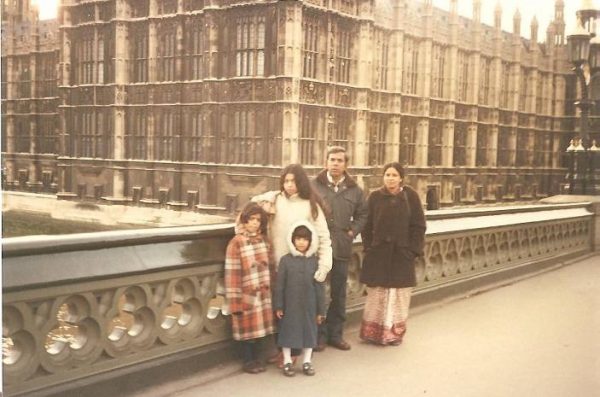 It is clear what lies behind the Leaver’s false choice – they want to exploit the close ties ethnic minority Britons have with the Commonwealth to insinuate that if only we left the EU then more people could come here from elsewhere. But they know that this simply isn’t true; there would be no let up on restrictions imposed on skilled migration from the rest of the world, instead those restrictions would just apply to EU workers as well. They are treating people like fools.

This decision is too important to let them get away with this misleading nonsense. Labour believes that the British people, our society and our economy will be better off if we vote to Remain on 23rd June. EU membership brings us jobs, growth and investment, protects British workers and consumers and helps keep us safe. What’s more, Britain’s EU membership gives us a seat at the top table and a stronger voice on the world stage – to stay strong, we must vote to Remain.

This is one decision that we can’t wake up and regret on Friday morning. We need to build bridges not walls and be a full twenty-first century player on the global stage: in the Commonwealth, NATO, UN and EU. Leading them, not leaving them.  Otherwise we won’t have a role in the crucial decision-making processes that will affect us all. If we sleepwalk our way to the exit door now the consequences will be disastrous for the children of empire and commonwealth alike, and the once Great Britain will be a shadow of its former self.