Prime Minister David Cameron challenges the claims of Ian Duncan Smith. IDS was with him through out the massive cuts since 2011. After six years in government, the Rip Van Winkle of the British politics woke up to realise the massive hit on the common-man ….writes Asian Lite News 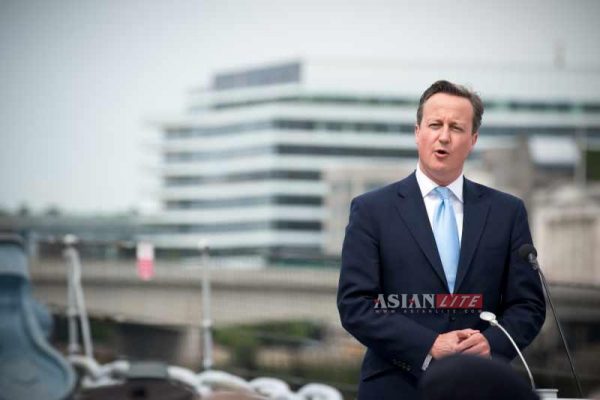 Thank you for your letter this evening. We are all very proud of the welfare reforms which this Government has delivered over the last six years, and in which you have played an important part.

As a Government, we have done a huge amount to get people into work, reduce unemployment and promote social justice. There are now more people in work than ever before in our country’s history, with 2.4 million more jobs created since 2010.

I regret that you have chosen to step down from the Government at this moment. Together we designed the Personal Independence Payment to support the most vulnerable and to give disabled people more independence.

We all agreed that the increased resources being spent on disabled people should be properly managed and focused on those who need it most.

That is why we collectively agreed – you, No 10 and the Treasury – proposals which you and your Department then announced a week ago. Today we agreed not to proceed with the policies in their current form and instead to work together to get these policies right over the coming months.

In the light of this, I am puzzled and disappointed that you have chosen to resign.

You leave the Government with my thanks and best wishes.

While we are on different sides in the vital debate about the future of Britain’s relations with Europe, the Government will, of course, continue with its policy of welfare reform, matched by our commitment to social justice, to improving the life chances of the most disadvantaged people in our country, and to ensuring that those who most need help and protection continue to receive it.