Magician Gopinath Muthukad aka India’s Houdini will arrive in Britain as part of his European Tour….. reports Rajitha Saleem 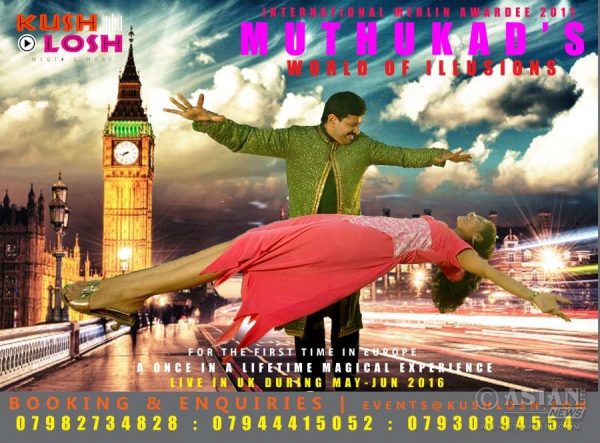 Mr. Gopinath Muthukad, India’s most popular magician and illusionist with a track record of almost four decades, will arrive in the UK in May as part of his European tour.

The renowned magician from the south Indian state of Kerala will take UK audience to a magical journey.

Muthukad’s and his World of Illusions, a 10-member ensemble, is being presented to the UK audience by Kushlosh, a popular media events organiser. 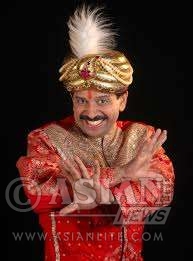 A magician and illusionist par excellence for the past 37 years, Muthukad is also acclaimed as a motivator and an inspirational speaker.  He is famous as the first magician to receive the Kerala Sangeetha Nataka Academy award in 1995.  The award was to honour his commitment and dedication of promoting magic.

Muthukad was selected as the first UNICEF celebrity supporter of Unite for Children from Kerala, also the Kerala brand ambassador for Election Commission of India. He was also bestowed with ‘International Merlin Award’ in 2011 by the International Magicians Society. 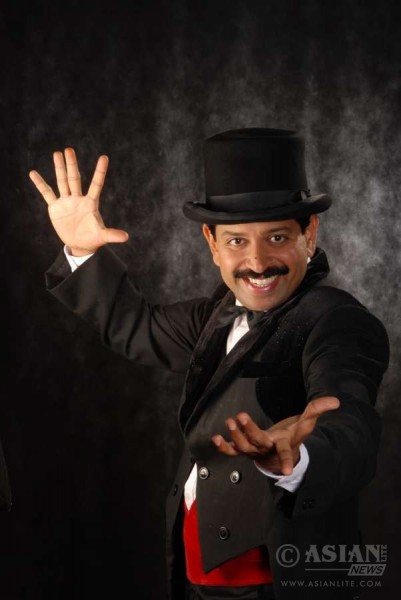 Muthukad is better known nowadays for the number of TV shows he has done, prominent among them being ‘Munch Star Singer Junior’ and `Little Scholar’.  A multi-talented personality, Muthukad has written books on magic and is doing a chain of small talk shows which imparts practical wisdom to the audience.