Mr Boris Johnson, the Foreign Secretary, enthralled the audience assembled at the Conservative Friends of India reception in Birmingham with his trademark humorous speech. We like it and really appreciate his ‘high spirited’ comments on India. But we want Boris’ help to set one record straight. In his official condemnation on Uri attack, Mr Johnson mentioned Kashmir as Indian-administered. That’s not true. Kashmir is always an integral part of India and it will remain. How will UK respond if India’s official or demi-official correspondence began to say “England-administered Scotland or English-administered Wales…..writes Bikram Vohra, Editorial Director, Asian Lite 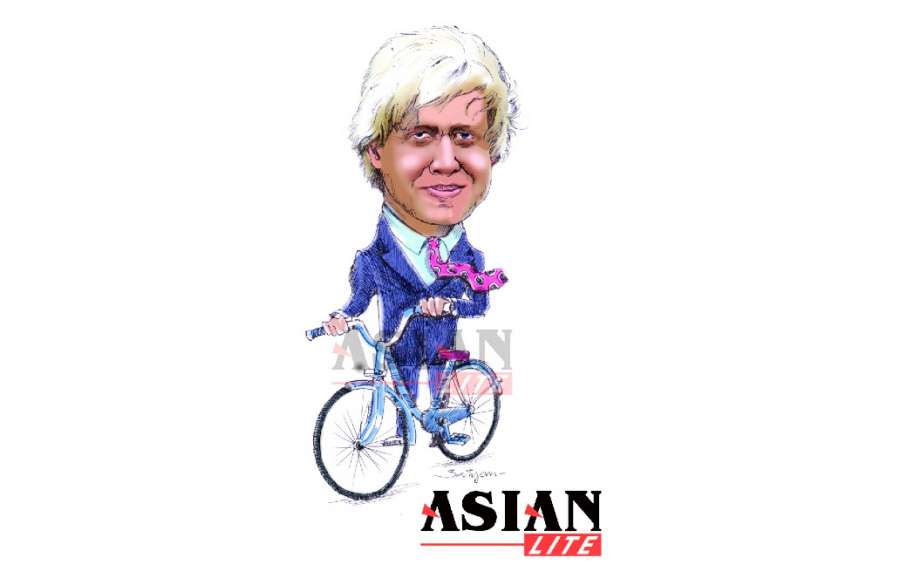 Foreign Secretary Boris Johnson’s promise to have his nation stand shoulder to shoulder with India in the fight against terrorism was sincere and touching, coming as it did from a man known not to pull his punches. The UK, he said, condemns all forms of terrorism and supports all efforts to bring the perpetrators to justice.

I would like to cry us a river at this flow of sentiment if the Uri incident Boris refers to was not labelled as having occurred in ‘Indian-administered Kashmir.’

It dried up my river pretty fast and it says very little for our foreign policy that we have allowed our former colonial power and supposedly good friend to continue this parody and make it look like Kashmir is not an integral part of India. 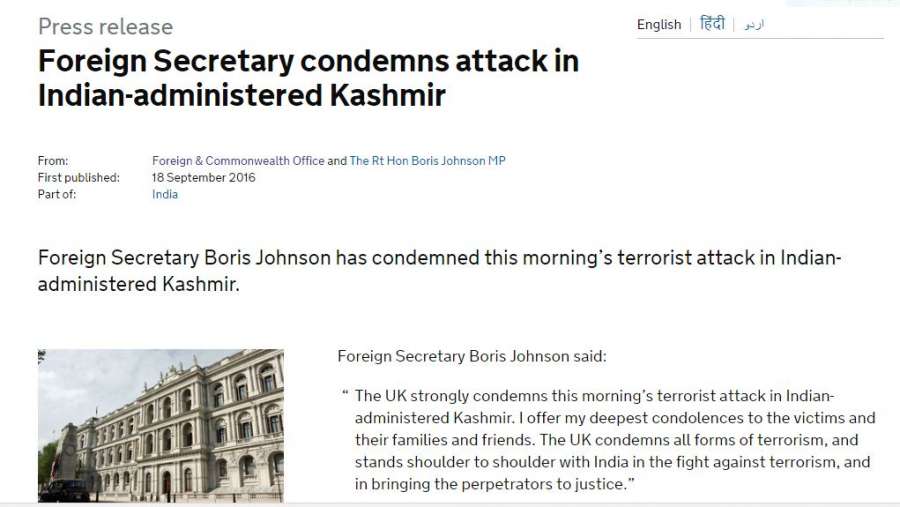 It is time we took it up and perhaps the new High Commissioner Yash Sinha is just the man to set the ball rolling or speed it up. if Delhi gives him the nod, which in these circumstances it should. I am confident, knowing the diplomat these past forty years, that he would be equally surprised that in its official statements the UK allows this phrase to be bandied about against all norms of diplomacy.

In the cosmic sense it does not matter I guess because India can rise above it but I wonder how Boris would respond if India’s official or demi-official correspondence began to say England administered Scotland or English administered Wales.

The Scots fought their first battle of independence in 1296 (which they won)  so it has been a pretty decent whack of time and the sentiment to leave the UK was brought to the fore during the Brexit movement.

As for Northern Ireland they pretty much echo the Scottish stance and not just on Brexit. As Ian Bremmer wrote in July: Brexit has exposed the fault lines dividing the U.K.’s four constituent pieces: Wales, Northern Ireland, Scotland and England. Add London to the mix, and Brexit makes clear that there’s nothing inevitable about a “United Kingdom” going forward.

By that token, it wouldn’t go down very well would it if India began to follow the Whitehall line and there seem to be a lot more grounds for it then there are for Boris to fling that prefix at India.

It is also politically inaccurate. There is no dispute about Kashmir being an integral part of India and is not to be equated with PoK which is an anomaly and open to debate.

Perhaps the time has come for New Delhi to see the categorisation as downright offensive and to officially protest against its use by a friendly country. Whenever, for example, Israel reads or sees the phrase ‘Occupied territories’ it makes a right royal song and dance about it. The support would be a lot more appreciated in India without the description.