It has been reported that NHS junior doctors have voted to reject the government’s final offer on their new contract, despite weeks of talks to try to broker a settlement.

Almost six in 10 junior doctors and medical students (58%) working in England who belong to the British Medical Association refused to accept the deal, with only 42% endorsing it.

Around 37,000 BMA members, or 68% of the 54,000 trainee doctors and final- and penultimate-year medical students who were eligible to vote, took part in the ballot, which closed on Friday. 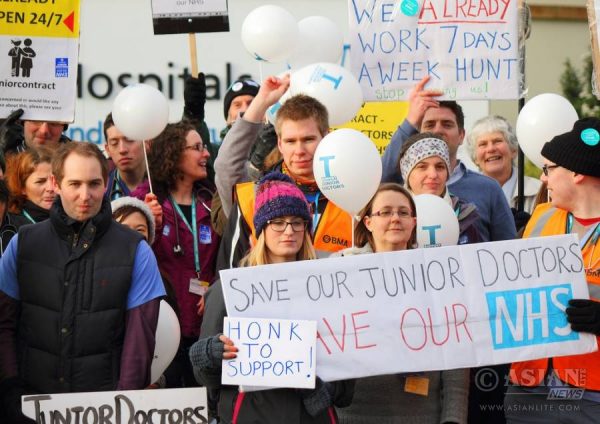 Dr Johann Malawana, the chair of the BMA’s junior doctors’ committee (JDC), who had recommended the revised terms and conditions as the best settlement junior doctors could get, resigned from his position after the results were announced.

“The result of the vote is clear, and the government must respect the informed decision junior doctors have made,” Malawana was quoted as saying. “Any new contract will affect a generation of doctors working for the NHS in England, so it is vital that it has the confidence of the profession.

“Given the result, both sides must look again at the proposals and there should be no transition to a new contract until further talks take place.”

It is unclear what will happen next, including whether there will be any more strikes. Jeremy Hunt, the health secretary, had warned that he would impose the contract from October if it was rejected.

Malawana said Hunt’s controversial handling of the nine-month dispute had contributed to the result of the vote.

“Having spoken to many junior doctors across the country in recent weeks it was clear that, while some felt the new contract represented an improved offer, others had reservations about what it would mean for their working lives, their patients and the future delivery of care in the NHS,” he told The Guardian. “There was also considerable anger and mistrust towards the government’s handling of this dispute.

“These concerns need to be fully addressed before any new contract can come into effect and, in light of the result, I believe a new [JDC] chair will be better placed to lead on this work.