They were 5000-1 odd to win the English Premier League trophy. But they made it. The most diverse city in Britain is celebrating its victory….writes Asian Lite News 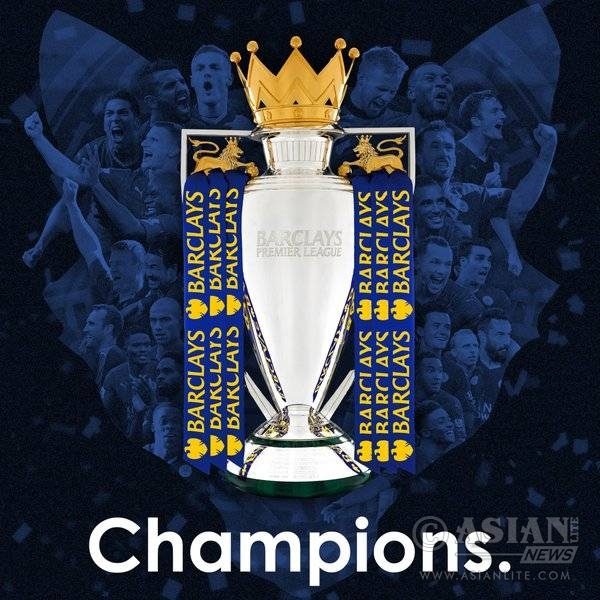 Leicester City won the English Premier League on Monday night, thanks to a 2-2 draw in the London derby between Chelsea and Tottenham Hotspur.

Just over a year ago, Leicester faced relegation from the top flight, but stunned many by taking the title Monday evening to the first time in their history, after having beaten big name clubs like Manchester United, Chelsea and others, Xinhua reported.

In a nail biting clash in London, Spurs needed a win to keep alive their chances of overtaking Leicester. At half time, with the score 0-2, it looked as though Spurs would keep a Leicester waiting till the weekend. But two second half goals by Chelsea settled the issue.

Leicester City manager Claudio Ranieri said it was an “amazing feeling” to have steered the club to the first top-flight title in their history.

“The players have been fantastic. Their focus, their determination, their spirit has made this possible.”