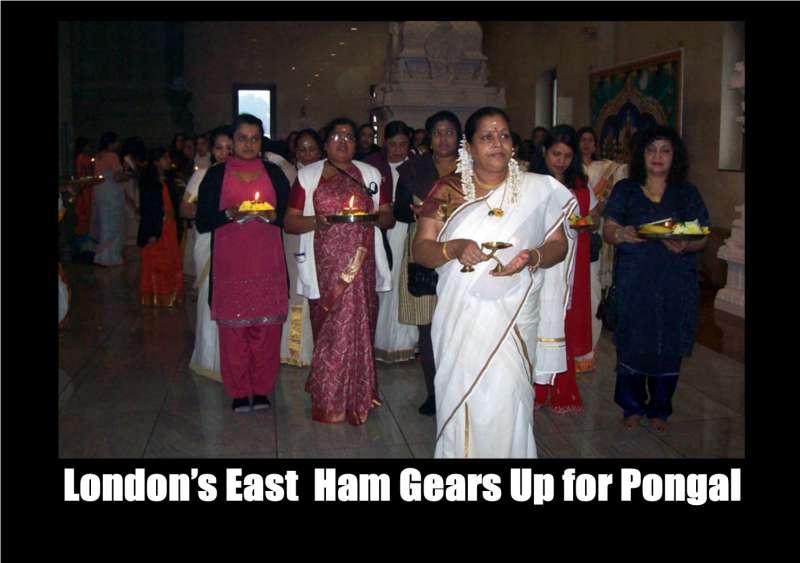 Pongal, the Tamil harvest festival will be celebrated in UK with all its pomp and glory by a major section of the South Indian community. The celebrations are more concentrated in the East Ham/New Ham area with the whole of high street decorated with lights on January 15, which falls on the first day of the Tamil month of Thai.

“The entire high street will be lit till Romford road and the lights will be switched on by the Mayor Sir Robin Wales himself,” said Paul Sathianesan, the local Councillor of East Ham.

The main festivities will be centred in front of Sri Mahalakshmy temple, where there would be many local shops providing food and other wares to festival goers. There will be special puja and the traditional Pongal (the sweet rice infused with milk and jiggery, topped with ghee, raisins and cashew nuts) will be prepared at sun rise in Sri Mahalakshmy temple and Sri Murugan temple, the main temples in the area.

“The Pongal will be prepared in a new large clay pot and each of the devotees will offer a small amount of rice into it,” said Paavani, one of the devotees. It is believed to be very auspicious when the milk boils and spills over the clay pot and the newly harvested brown rice is put into this, amidst puja and the blowing of the conch.

“We have taken care to celebrate Pongal on the same day as it is celebrated all over the world such as in countries like India, Sri Lanka, Malaysia, Singapore and Indonesia,” added Mr Sathianesan.

Mr Steven Pound, MP is hoped to attend the festivities in the town hall in East Ham tomorrow, which has a musical and dance theme this year.

The Pongal celebrations in the UK will continue for one week starting from tomorrow. The Tamizhar Munnetra Kazhakam along with the famous Thiruvalluvar Tamil School which is also celebrating their 40th anniversary, will be in the forefront of Pongal celebrations on Saturday. There are celebrations proposed to take place in areas of Croydon.

Pongal coincides with Makara Sankranthi which is a winter harvest festival celebrated throughout India. Pongal is mainly celebrated to convey the appreciation and gratefulness to the Sun God as it provides energy for agriculture and other livelihood.

“We are trying to celebrate Pongal as a harvest festival of the whole South Indian community,” added Jacob Ravibalan, founder of the World Tamil Organisation (UK). This sentiment was echoed by Mr Sathianesan who said that Pongal is being celebrated as an inclusive festival so that the cultural ethos and values are fostered and carried forward to the next generation who have grown up without much ties to their motherland.

Mr Sathianesan also added that there would be a cake cutting ceremony in the honour of the Queen who would be celebrating her 90th birthday this year at the function tomorrow, and prided himself in being the first organisation who would be commemorating this important event in the history of United Kingdom. 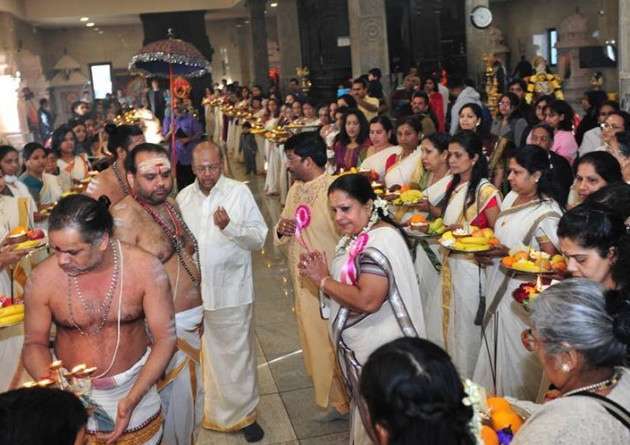 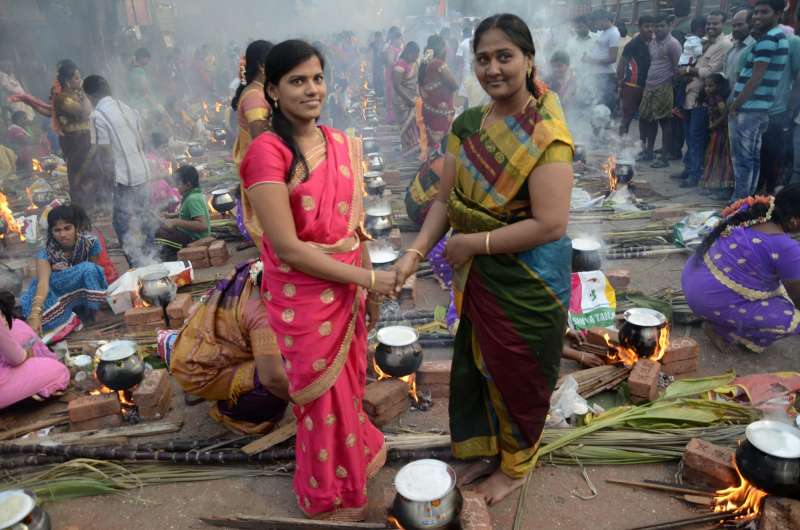