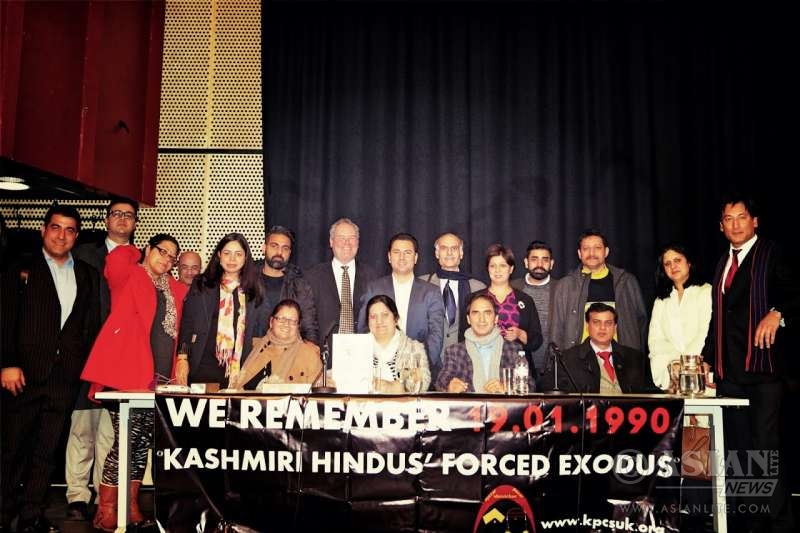 On 19th January evening, London School of Economics witnessed a historic seminar on the History of Jammu & Kashmir.

“In 2013, Lord Ahmad in a seminar at LSE said that the exodus of the Kashmiri Pandits was a myth created by Delhi. Later on last year I had the opportunity to attend a seminar at the Parliament organised by KPCS where the history of J&K was discussed and I got a chance to hear the Kashmiri Pandits’ perspective and Dogra perspective of the exodus. This was eye opening and we decided to organise a seminar at LSE putting forward the voices that were unheard of in the Kashmir debate”, says Vivek Nandha, a final year student of LSE.

“It wasn’t easy organising a seminar on Jammu & Kashmir in a university environment. It was however, heartening to note the strong interest the seminar announcement generated among the student fraternity. Within days we had an oversubscribed registration list. A lot of opposition and doubt was raised by the miscreants questioning the seminar and its content. I commend the student organisers for making this seminar possible and demonstrating that truth only needs the will to be told. On this sad day that our community was forced out of our homes, it is heartening to know that finally perhaps some students and researchers may want to delve deeper into our suffering and write about them,” said Lakshmi Kaul, founder of Kashmiri Pandits Cultural Society UK (KPCS UK) and the organiser of this seminar. 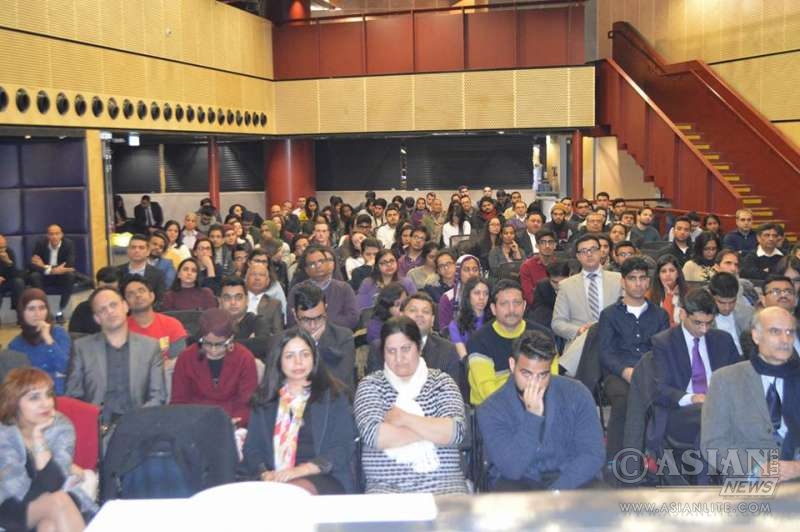 The key speakers at the seminar were: Dr Gautam Sen, a former LSE lecturer and a well-known writer & international political economist; Col (Dr) Tej K Tikoo (Retd), a Kashmiri Pandit, Vice President of the AIKS and the author of the book, Kashmir: Its Aborigines and Their Exodus; Tarek Fatah, a Canadian/Indian writer, broadcaster, a secularist and liberal activist and Bob Blackman MP, a Conservative politician and a strong voice on Jammu & Kashmir in the British Parliament. The session was co-chaired Kapil Dudakia, leading political commentator and Lakshmi Kaul, leading Kashmiri Pandit activist and founder of KPCS UK. Brief interventions were made by Ranbir Singh of the Hindu Human Rights and Syed Zafar Abbas from the Shia Muslim community.

During the three-hour long seminar, presentations were made by Manu Khajuria, Founder of Voice of Dogras and Dr. Vivek Kaul of KPCS UK, outlining the geography, history and ethnic break up of Jammu and Kashmir and going onto explain the historical events leading upto the Kashmir conflict. This set the backdrop to the understanding of the K issue.

Col Tej Tikoo spoke about the changing demography of J&K, the forced exodus of Kashmiri Pandits and its impact on the rest of the state. He shed light on the torment Kashmiri Hindus had to undergo since 1948 including marginalisation & subjugation. He said, “the whole Jammu & Kashmir issue has been hijacked by a stretch of land between Verinaag and Uri heavily populated by Sunni Muslims. From 1971 to 1989 it became a political conflict and it did not become a religious problem until Zia Ul Haque came into power in 1977.” He added that Islamic radicalization was the reason why we had to leave our homes and flee to save the lives and honour of our families, especially women. 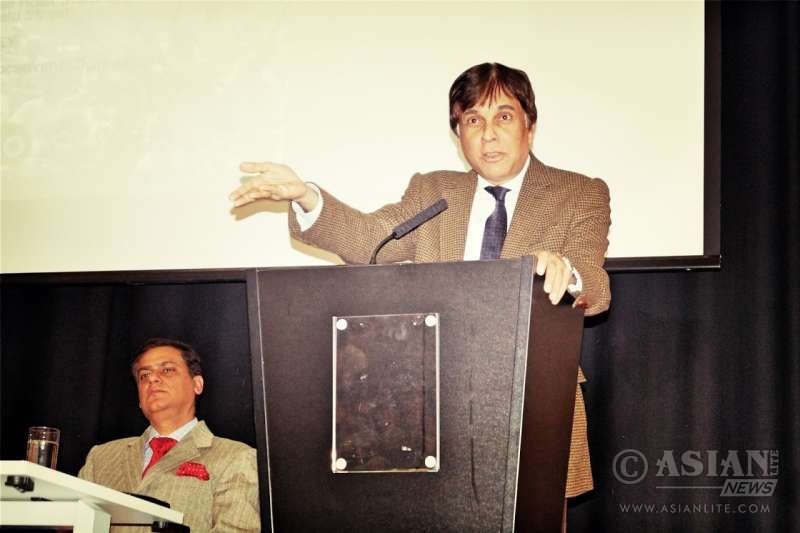 Dr Gautam Sen spoke about the role of the governments of India and Pakistan in the Kashmir issue and its internationalisation. Referring to the geo-political fall-out in the region, he said, “India has already defeated Pakistan thrice and it will never give up Kashmir. Its only worry is the geo-politics and the fact that Delhi comes under direct threat if Kashmir is under threat.”

Going onto talk about the unique character of the state of J&K and the debate on Article 370, he said “Article 370 must not be touched at least not now. It will lead to civil war which Pakistan wants to internationalise Kashmir. It is unfair to say that Article 370 protects the people of Kashmir when its original inhabitants have been expelled and demography changed completely. The trouble in Kashmir is because of the armed insurgency by Pakistan. In fact Pakistan Army without Kashmir has no raison d’être; hence will never settle over it.” Dr Sen made a suggestion that the government of India must spend on restoration of homes of the displaced KPs and desecrated temples in the valley. 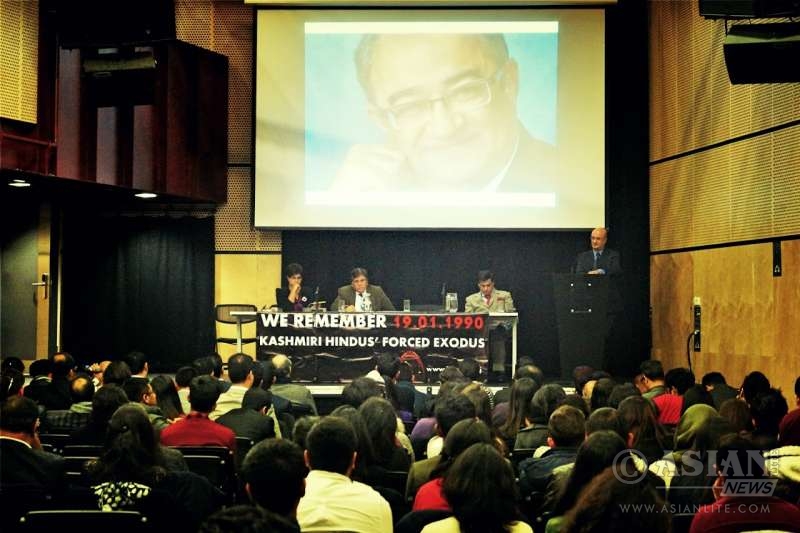 Tarek Fatah spoke about the role of Islamic radicalization and influence of Pakistan in the Kashmir trouble. Known to never mince words said that “we are fooled and charmed by the ‘Aman ki Asha Tamasha‘ (Quest for Peace drama). We fail to recognise the dangers of radicalised Islam, something which Valley witnessed in 1990. We are living in an era of vote banks and a lack of a brave government which will call the problem what it really is. This sadly means KPs will never go back to the Valley. Hence you have to ally with a whole lots of other people including Muslims who are fighting jihadi terrorism. Speak the truth and make allies. This is the only way to go forward.” 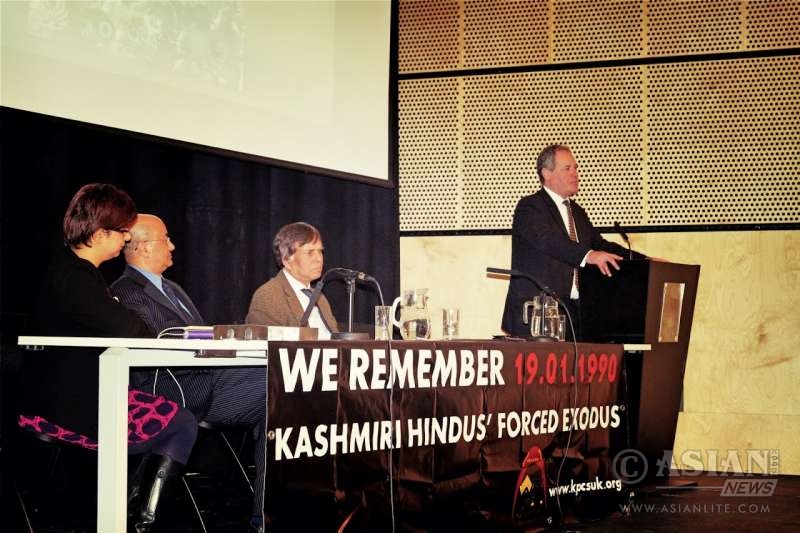 Bob Blackman MP talked about the representation of the Kashmir issue in the British Parliament and the need for highlighting the Indian perspective. He said, “the MPs will represent what their constituents lobby them for and if you do not lobby your local MP about your plight, nobody will speak on your behalf. You must document personal stories of tragedy and share them extensively so that people are aware.” He made a strong plea for opening of Holocaust museum for Kashmiri Hindus in London to educate about dangers of Jehadi radicalisation.

An intense Q&A followed these very informative sessions by the speakers. The seminar was very well received by students, researchers and professionals alike. Danish Alvi from Pakistan, found the seminar highly educative: “Let me say that, despite belonging from Pakistan, this was one of the best events I have attended. For all those people who were assuming it would have been a biased talk (including me), they were somewhat mistaken. Pakistani viewpoint was appreciated and rather we were encouraged to take a look at our own viewpoint for more and better introspection.” 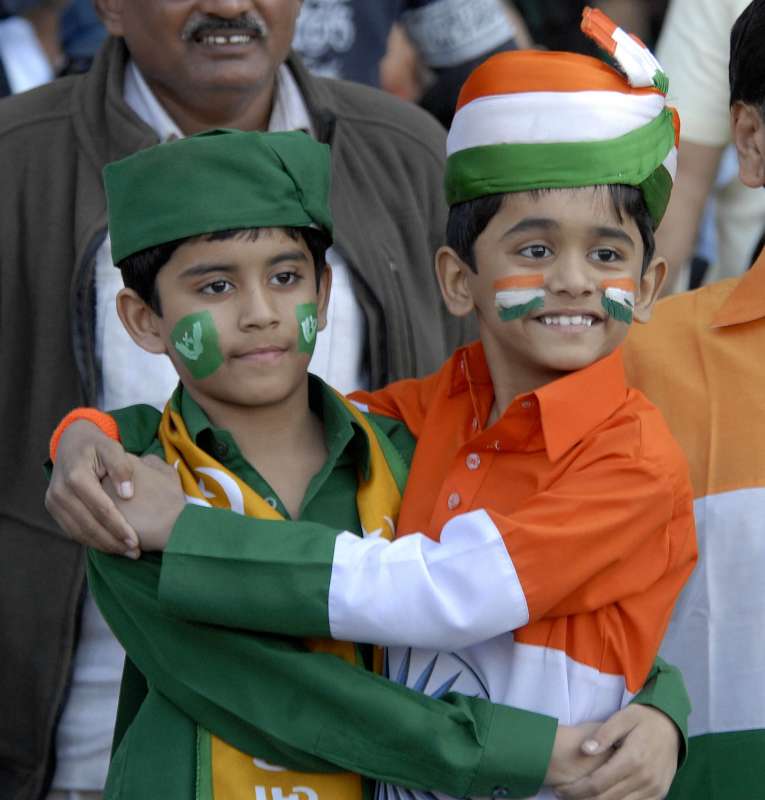 Gayatri Rawtal, President of the Queen Mary Indian Society feeling the pain of the exodus said, “An unfortunate politicised happening that scarred several lives; displacing the Kashmiri Pandits from their motherland and by far detaching them from exercising their basic human rights. A heart-wrenching event in Indian history reinstating patriotism, harmony and more robustly- humanity.’

“Kings’ College London India society has taken part and supported the broken silence: understanding jammu and kashmir. As it allows students to gain a detailed first hand perspective on issues in the region. This offers students an opportunity to enhance and develop their knowledge, but also provides a platform for students to share their views and insight,” said Jaymin Patel, President of KCL India Society.

“Voice of Dogras is supporting the Seminar which marks the the shameful chapter in J&K’s history, a day when the mass exodus of Kashmiri Pandits cleansed the Valley of its original inhabitants. Reminding ourselves of the past is a way to make sure we do not repeat history and work for a better future. The Seminar is path breaking because it also touches upon the perspectives of the other communities who call J&K home and how they have been impacted by conflict.

VOD believes that everyone has a right to tell their story and this Seminar attempts to do the same,” said Manu Khajuria, the founder of VoD.

The seminar was followed by a large number of people around the world including the Kashmiri Pandits. Dalip Langoo, a KP residing in India congratulated the organisers and said, “We can never ever forget the horrors of 19 Jan 1990 and shiver even today goes down the spine with a deep shrill that all the faces of my family members, two little sisters, mother and father all were traumatized by the shouting speakers from nearby mosques. I along with my neighborhood friends was planning how to rescue people in case of any attack on our houses. 2000 plus mob across the river and more than 3000 from our end of the river Jhelum that we referred to as ‘Vyeth’ locally, were ready for the mass massacre of Hindus. Our neighbors were whispering, hiding something from us, what was that no one knew. In the middle of the night when small armed cars and flag march happened all KP’s were rendered homeless and hapless. Thank you for highlighting the missing perspectives at an international arena.” 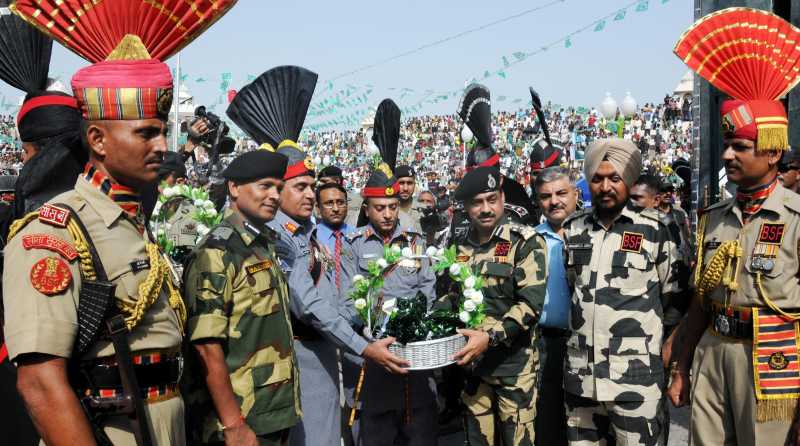 ‘Whilst organising the seminar, the only thing we that we were aiming to do was to highlight the varied voices that have so far been unheard on the issue of Kashmir. I learnt a lot whilst preparing to organise the seminar and I was very pleased knowing that the participants found the event extremely informative and educational. I was asked when the next seminar of this kind would be held!’ said Sagar Ghelani, who is the current president of the LSESU NHSF Hindu Society and the co-organiser of this event

Speaking about the expectation from the seminar, Lakshmi Kaul said, “the seminar is only a first tiny step to urge the academic fraternity to write and research our stories. There is a huge gap when it comes to the documentation of the history of the Jammu & Kashmir state. There is a dire need for setting up studentships and research projects in British universities as well as collaborative projects between Indo-British universities on this subject. The geo-politics is only one element of the history of J&K. The socio-cultural traditions and language are on the brink of extinction so are the various forms of art and heritage. Temples have been desecrated and with them the religious traditions are endangered. I hope that as a result of our efforts, someone among the academia will be able to research and thereby preserve the history and fabric of Jammu & Kashmir.”