“When ordinary people have a political mandate to blame those who are different for society’s ills then the shackles of human decency are stripped away.” Experts from Leicester, Britain’s Little India, say politicians and media created a ‘Toxic climate’ around EU referendum and that fuel hate crime in the country….reports Asian Lite News 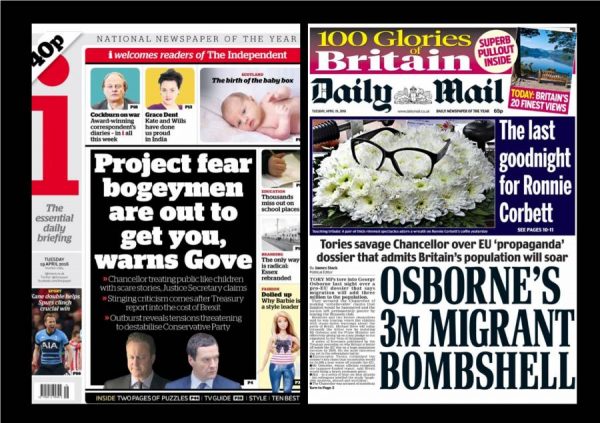 Experts in the study of hate crime at the University of Leicester describe the recent rise in post-Brexit hate as being ‘fuelled and legitimised by politicians and by the media.’

Professor Neil Chakraborti and Dr Stevie-Jade Hardy, from the Centre for Hate Studies at the University of Leicester, say the ‘toxic climate’ surrounding the EU referendum debate has helped to ‘embolden’ people to target those they regard as ‘different’ or ‘foreign’.

“One key difference in the recent spate of hate incidents is that this behaviour has been fuelled and legitimised by politicians and by the media,” said Prof. Chakraborti. Hostility towards ‘difference’ was present before the EU referendum but may have been largely confined to conversations in private spaces.

“However, the toxic climate surrounding the referendum debate enabled this hostility to surface within political speeches, on front pages of newspapers and in everyday conversations within pubs, in classrooms and on social media platforms. The focus shifted from issues relating to EU membership to the one big issue for Britain: namely, ‘Them’.

“When ordinary people have a political mandate to blame those who are different for society’s ills then the shackles of human decency are stripped away.”

“It is evident from the videos of hate incidents which have emerged over recent days that people now feel emboldened to decide who has the ‘right’ to live and work in Britain,” said Dr Hardy added. For some it is now seen as acceptable to target men, women, children and elderly people for being an EU migrant, for being a British-born minority, for being who they are.”

The academics from the University’s Department of Criminology say incidents of hate crime are, of course, not new: “Since the EU referendum result there has been a surge in reports of people encountering incidents of hate. Are such hate incidents a new phenomenon? Sadly, they are not. Our research has illustrated that hate-fuelled violence and hostility are ‘everyday’ experiences for thousands of people every year in Britain. It has highlighted the devastating emotional and physical damage caused by these acts, which can lead many to live in cycle of fear, isolation and depression. Perhaps most worryingly it has shown that many of these victims continue to suffer in silence.”

Professor Chakraborti and Dr Hardy add: “So what can we do about these problems? At an individual level we would urge all victims to report their experiences to the police or through a third-party reporting mechanism such as this http://www.report-it.org.uk. But collectively we all have a part to play in stamping out hate. If we witness a hate incident, let’s collectively condemn it, intervene or tell someone about it. If we see someone in distress, let’s offer our support and kindness. By responding with compassion we can all play a role in restoring Britain’s moral compass.”