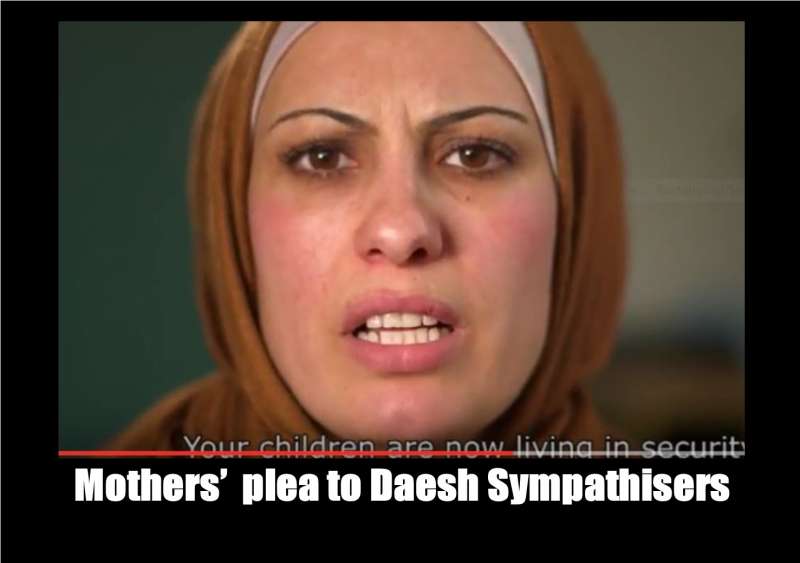 The short film focuses on three Syrian refugee mothers speaking directly to mothers in the UK about the realities of life in Syria and asking why any woman would want to take their family to live in a war zone. It is complemented by open letters that the women have written urging mothers in this country to take steps to prevent their daughters travelling to Syria.

The film, which has been developed in association with the charity Families Against Stress and Trauma (FAST), is released on the same day as new figures reveal that, between 1 January 2015 and 31 December 2015, 56 women and girls were reported missing to the police by their families, all feared to have travelled to Syria.

Helen Ball, Senior National Coordinator for Counter Terrorism policing, will be launching the campaign at a community centre in London as part of an on-going initiative to encourage women and mothers to play their part in preventing their children from travelling to Syria and putting themselves in real danger.

Local women attending the event and a series of regional launches across the country will be asked to support the Prevent Tragedies campaign by sharing its messages with their families and friends.

The importance of the role of mothers in deterring other family members from travelling is also highlighted in the full findings of an online survey released today. The national online survey was carried out between March and April 2015 by national counter terrorism policing . The survey revealed that two thirds (66 per cent) of 11-25 years old who were asked which family member they were most likely to talk to said they would speak to their mother if they were worried about someone they knew being radicalised or considering travelling to a conflict zone abroad.

Deputy Assistant Commissioner Helen Ball said: “We are deeply concerned about the numbers of girls, young women and also families who are taking the decision to go to Syria, unaware of the dangers they face when they arrive and the fact that they are unlikely to ever be able to return home to their devastated wider families.

“The personal accounts of the women in this film highlight the harsh reality of life for women and children living in a war torn country. I hope they will go some way to helping young women and mothers stop and think about the huge mistake they would be making if they travel.

The results of the national online youth survey have also shown how important women are in helping to deter loved ones from travelling to Syria.  This film provides credible voices that describe the realities of the situation in Syria actually is.

“Help and advice is available from a wide range of agencies. Anyone who is worried about a loved one and concerned they are considering travelling to Syria is encouraged to reach specially trained police officers by calling 101 or visiting www.preventtragedies.co.uk