Mr Afzal Khan, Labour’s first Muslim MEP and first Muslim Lord Mayor of Manchester, appeals to the Muslim community to support Remain in the EU campaign. “Muslims have been part of Europe for hundreds of years – now is not the time to turn away,”  Mr Khan wrote in an exclusive article for Asian Lite News

The referendum on Britain’s membership of the EU will be the most important question our generation faces. For me, as a father, a proud Brit and a Muslim, the answer is simple – we are stronger, safer and richer in the EU than we would be if we left. Europe is our largest trading partner with 45% of our exports going there and three and half million jobs linked to that trade. Everyday almost £70 million of investment comes to Britain from Europe and the single market has driven down prices for us all. Leaving the EU is a huge gamble and would put all this at risk.

My story – like that of many immigrants – is one of someone who came from humble beginnings and had to work my own way up. Britain, in the European Union, gave me the platform to live my dreams. I worked hard, excelled, and was grateful. I moved from common labourer, to law student and solicitor, then Manchester’s first Muslim Lord Mayor, before I was elected as Labour’s first Muslim MEP.

And so the question we a really being asked in this referendum is: what kind of Britain do we want in the future? Is it one where thanks to economic opportunity, anyone through hard work can overcome their background and where diversity and openness are celebrated? Or is it one out of Europe where Britain is inward looking, isolated and weaker.

For me the answer is clear: Britain is better off as part of a collective market of 500 million people – 25 million of which are Muslims. It’s sometimes said that you can’t be Muslim and a European. I totally reject this. Both Islam and Muslims belong to Europe. This has been so for centuries and we would be foolish to turn away now.

Today Muslims cannot be treated as belonging to some other civilization. Europe’s Muslims have been born in Europe. German, English and French are their first languages and we now make up 6.5 per cent of the population.

This is our referendum as well and our chance to shape the future for the better. I believe that better future lies within the EU not outside of it. As part of Europe we not only get all the benefits we currently enjoy – the trade, the investment and social and employment freedoms – we also get the knowledge that in an increasingly uncertain world we do not have to face our problems alone.

So let’s make our voice heard, both as Muslims and as Europeans. And vote to stay in the EU and ensure Britain stays stronger, safer and more prosperous, now and in the future. 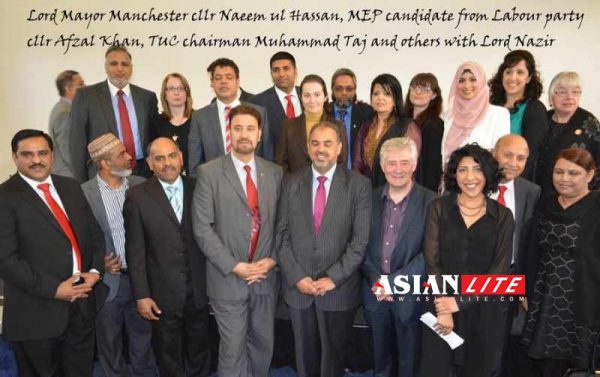 (Afzal Khan is a Labour MEP for the North West of England and the Socialist and Democrats Group special representative to Muslim communities. He tweets @akhanmep)