TV presenter Naga Munchetty said she is ‘not there to be abused’ as she spoke out about the horrendous racial and sexist abuse she is bombarded with on Twitter.The BBC Breakfast co-host, 41, said she accepts that criticism is part of her role in the public eye but will always call out those who are simply abusive.

Previous tweets have claimed the award-winning journalist is only employed at the BBC for her ethnicity, but have also criticised her hair, glasses and even made distasteful sexual remarks. The presenter regularly replies to trolls, often ending tweets with a trademark ‘BLOCKED’, with her fans then jumping to her defence and criticising the abuser. 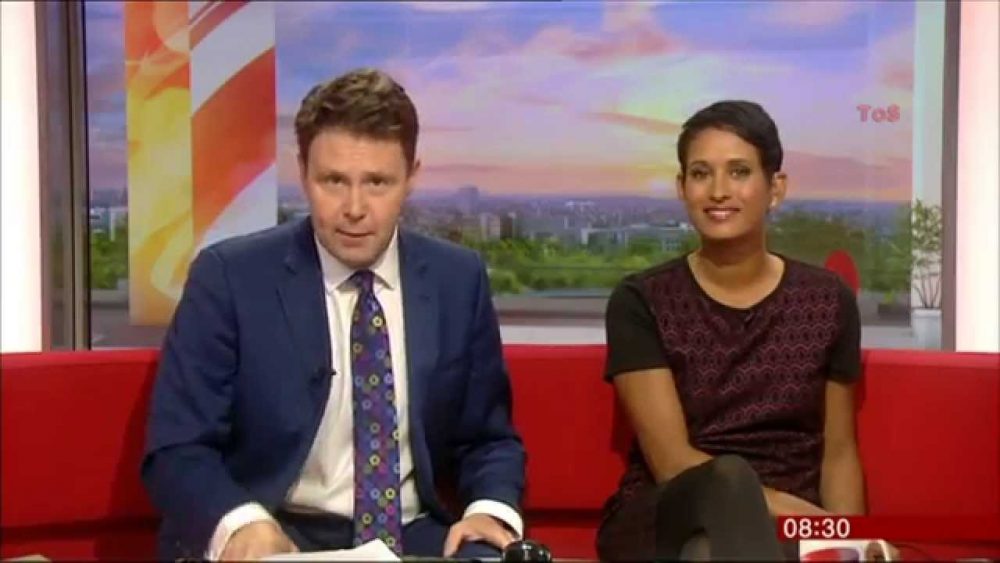 She told the Daily Mirror: ‘I’m on telly, I’m in your home, so if you want to criticise me, fine. But I’m not there to be abused. Nobody is there to be abused. You don’t abuse someone while they’re doing their job, and you don’t make racist, sexist or bigoted comments. If someone says, “She did a bad job of that interview, I’ve come away and not understood anything”, I would go back and re-examine that interview.’

Naga is one of the four BBC Breakfast anchors along with Louise Minchin, Charlie Stayt and Dan Walker. The presenter, who grew up in Streatham, South London as the daughter of Malayali Indian parents, now lives in Hertfordshire with her husband, TV director husband James Haggar.

Last month, she confronted another troll who declared she was ‘worst news presenter ever’. She tweeted: ‘Oh what a shame you don’t like me – You sound like the nicest person *ever*. Another abuser also suggested she was employed for her race rather than her talent, writing.

Another abuser, Chris Prtichard, referred to her as ‘Lego hair’, asking why she was wearing glasses and making a distasteful comment about her breasts. But Naga simply said: ‘Hello egg. BLOCKED.’

Another troll wrote: ‘She is terrible, hair and skirt far too short and those glasses she wears sometimes ..dear me. And a golf geek too as well,’ but Naga replied simply: ‘Have a lovely day.’