Report reveals Nnearly one million over 75 live in poverty in Britain….Asian Lite News 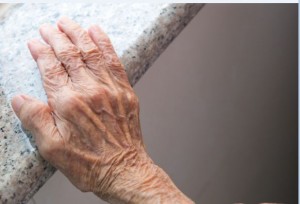 Nearly one million people aged over 75 live in poverty in Britain and need more help from the government, a report said.

There are 11.8 million pensioners living in private households in Britain, of whom 4.8 million are aged 75 and over, the report said.

An estimated 950,000 pensioners in this older age bracket live in poverty, the report added.

In the report, Independent Age defines the “poverty threshold” for a single pensioner as $262 (182 pounds) a week before housing costs.

She added: “It would be foolish to assume that inequality simply ceases to exist at retirement age, but that is exactly what some of the recent rhetoric around ‘intergenerational unfairness’ does.

“The ‘silent generation’ of older pensioners, renters and single women have missed out on many of the gains of recent years.”

The report is based on analysis of the Family Resource Survey for the financial year 2013-14, published by British government and National Statistics.

It includes private households, but not those living in non-residential settings such as care or nursing homes.