The Northern Powerhouse has to be owned by the north, driven from the north, for the north….says Osborne while launching a think tank to promote his dream project which is aiming to “end a 100 years of rapid decline in the North”

Unlike his best buddy, George Osborne, the former chancellor, says he will stay in the Commons to “fight for the things I care about” as he launches a think tank to promote his Northern Powerhouse plan.

Mr Osborne, who was sacked as chancellor by Theresa May, said: “I don’t want to write my memoirs because I don’t know how the story ends.”

At a news conference in Manchester, Mr Osborne said he had not spoken directly to Mrs May about the project but had spoken to Communities Secretary Sajid Javid who had been “very supportive”.
Mr Javid said the government “realises the huge untapped potential of our great northern towns and cities” and he hoped the new partnership would “become an important part of the debate”.

In his first major interview since being sacked, Mr Osborne told BBC Radio 4’s Today programme: “Politics is a tough business.” But he said he believed he could “push and fight for” ideas he backed from outside the cabinet.

The MP for Tatton in Cheshire returned to the back benches following Mrs May’s cabinet reshuffle, and said chairing the new body – the Northern Powerhouse Partnership – would “now be a major focus of my political energies”. 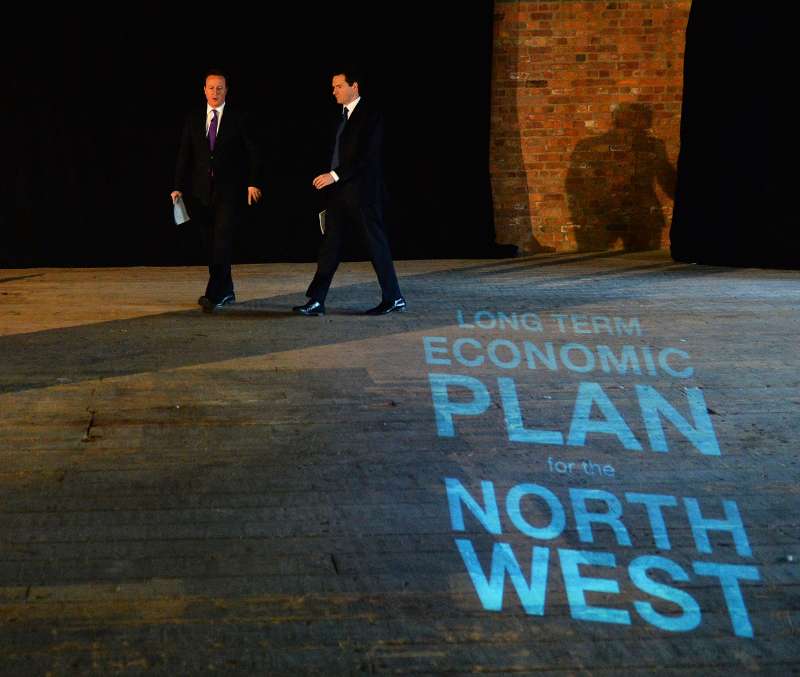 The board of the not-for-profit organisation will include business figures from across the north of England, as well as political figures. Its aim is to devolve powers and funds to northern city regions, improve transport links and create new regional mayors to act as figureheads.

In an article in The Sun, Osborne said: When I was in Number 11, I launched the idea of building this Northern Powerhouse. The idea is simple. Individually, the cities and counties of the north are great – but get them working together, and they will be greater still. The way to do that is to make transport connections much better, back the skills, science and universities there, and then give local people much greater control over the way their communities are run instead of taking all the decisions 200 miles away in London. It’s only been two years since I set out this vision and already we’ve got agreement to create powerful new elected mayors in places like Liverpool, Manchester and Sheffield.

He said he supported economic development across the whole of the country and he had “sweated blood” to get a mayor for Birmingham – but he felt there was a particular opportunity in the North of England because the cities were close together.

Pressed on whether he intended, like his former Downing Street neighbour Cameron, to quit politics, he said: “No, I’m not.”

He said he wanted to “hang around and find out” how his story would end, adding: “There’s an enormous opportunity now to take part in the decisions that are going to affect Britain… And I want to be there in ultimately, still the place where these decisions are made, the House of Commons, and be part of that decision-making process. Because I want to fight for the things that I care about.”

He said he had voted for Mrs May and she was “the best person for the job of the candidates who put themselves forward” and she had made a “strong start”.

She was “perfectly entitled to set the tone” of her administration, including “to take a pause and consider” big decisions like whether to go ahead with the £18bn Hinkley Point nuclear power station.

But he added: “I don’t think anything has fundamentally changed from the deal that we put together in government just a few months ago… it looks to me pretty much like the same deal.”

On Mrs May’s controversial plans to expand grammar schools, Mr Osborne said the new prime minister was “perfectly entitled to set out new ideas” and he supported her goals. But he said grammar schools focused “80% of the political discussion” on where 20% of the children go.

“I’m not against new grammar schools opening up where areas want them, but I think the real focus of education reform remains the academy programme, transforming the comprehensive schools that most people in this country send their children to.”

The former No 11 in the British politics, also positioned himself as a pro-European centrist rival to May’s government, saying: “I will be championing … the liberal mainstream majority of this country … who do not want to be governed from the extremes, who want Britain to be internationalists, outward-looking, free-trading, who want a socially just society. That is the cause that I believe in.”

Osborne said he would “not necessarily” be a distraction to May’s government. And he said being out of a job had given him a chance to reflect on past mistakes and the future challenges. He said: “I was shadow chancellor at the age of 33 and for over 11 years I’ve been travelling at about 100 miles an hour every day.

“I’m not pretending this is where I thought I would end up this summer. But actually plan B is quite enjoyable and it has given me chance of doing something that is very difficult to do in government, which is think again about where I made mistakes, think about the big problems that lie ahead for our country and the big challenges.”

He said he did not regret making dire economic warnings about Brexit. “I definitely did not get right my judgment of the national mood. I don’t think I properly understood the alienation that many people felt, not just from the European Union, but the establishment.