British Queen Elizabeth II has urged the Commonwealth to work together and support “those in need” …. reports Asian Lite News 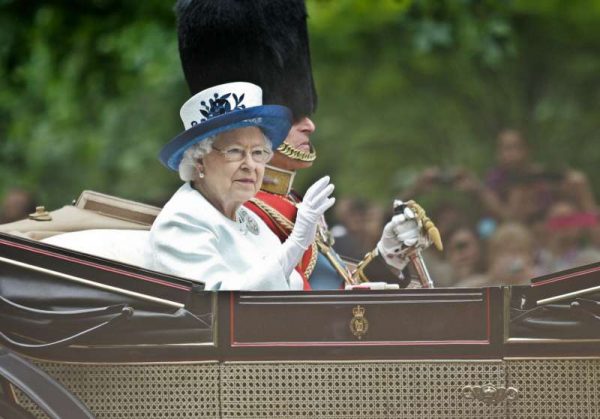 In the pre-recorded address to mark the Commnwealth Day, the Queen, who is head of the Commonwealth, said: “This is an essential ingredient of belonging to the Commonwealth: the willingness to share, to exchange and to act for the common good.

She urged the people of the Commonwealth to “support those in need” and others who “feel excluded” throughout the family of nations.

In the message, the British Queen said helping those less fortunate would be a way of embodying this year’s Commonwealth theme of inclusivity.

The Queen’s message was part of the annual Commonwealth Day service at Westminster Abbey . The event will be attended by the Duke of Edinburgh, the Duke and Duchess of Cambridge, Prince Harry and a host of dignitaries.

“Today, and in the year ahead, the theme An Inclusive Commonwealth is an inspiration for us all,” the Queen said in the message.  “Let us give it practical effect by supporting those in need and those who feel excluded in all walks of life. By doing so, we will continue to build a truly representativeCommonwealth community.

The Commonwealth has 53 member countries representing 2.3 billion people, of which 60% are under 30.

The Queen also said working together for the common good was an essential ingredient of belonging to the family of nations.

“Each of us has cause to celebrate the sense of belonging expressed in our 2016 theme: An Inclusive Commonwealth,” she said. “Our recognition of this value, and the wisdom of mutual respect for each other, is set out in the Commonwealth Charter. Its opening words, ‘We the people of the Commonwealth’ convey the conviction that individuals, as well as governments, build and shape our success.

“Being inclusive and accepting diversity goes far deeper than accepting differences at face value and being tolerant. True celebration of the dignity of each person, and the value of their uniqueness and contribution, involves reaching out, recognising and embracing their individual identity.

In another statement, Foreign Secretary Philip Hammond emphasises the importance of inclusiveness across the Commonwealth.

Mr Hammond, said: “Commonwealth Day is an opportunity to celebrate the diverse partnership of nations that makes up the modern Commonwealth. I welcome this year’s theme of an Inclusive Commonwealth, which goes to the heart of the shared values set out in the Commonwealth Charter. Promoting tolerance, tackling discrimination and building inclusive governance and opportunity for all are critical to developing stronger, more secure and prosperous societies.

“The UK is committed to working with the Commonwealth, its member states and leaders to uphold our shared democratic values and the international rules-based system.”