Khalil Malji and Saeed Atcha from Bolton in Greater Manchester collected the prestigious Queen’s Award for Voluntary Service, which has equivalent status as the MBE, on behalf of Xplode magazine, at a special ceremony at Gorton Monastery in east Manchester on Monday 4 July.

Xplode Magazine was established by teenagers in 2011 with a clear vision and ethos of ‘by young people for young people’. Based on Bold Street in Bolton, it is an inspirational quarterly magazine with a circulation of 35,000. Over the past year, the group has offered work experience to more than 500 young people, giving them the skills and confidence to transition into the world of work. There are currently 27 full-time volunteers and 60 part-time volunteers working on the magazine. 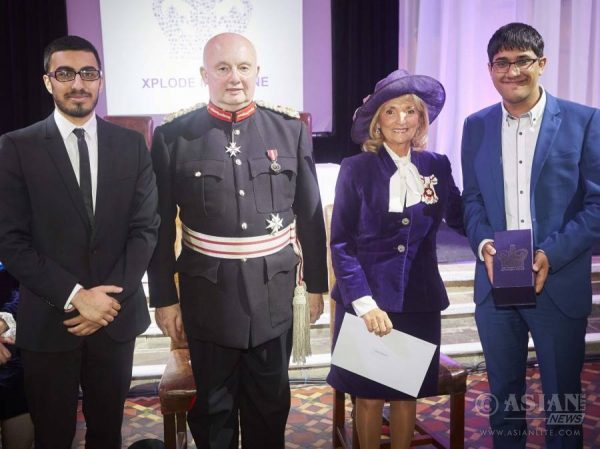 Chief executive of Xplode Magazine, Saeed Atcha said, “We are incredibly delighted to receive this prestigious award, especially in Her Majesty’s 90th year. The fact that we’ve got an award the equivalent of an MBE is a great way to celebrate how we’ve helped over 2,000 young people since 2011. It’s just spectacular to have our work recognised at such a high level.”

In total, twenty-six voluntary groups, charities and social enterprises from across the county collected an engraved, commemorative crystal trophy and a certificate signed by Her Majesty the Queen presented by Her Majesty’s Lord-Lieutenant of Greater Manchester, Warren Smith and the Vice Lord-Lieutenant, Mrs Edith Conn.

Commenting on Xplode magazine , The Lord-Lieutenant of Greater Manchester, Warren Smith, said: “Xplode has achieved an excellent  reputation in a short space of time and  have made significant inroads to address and change the negative perceptions that young people have to endure.  The group is culturally and ethnically diverse and together they produce some outstanding results. 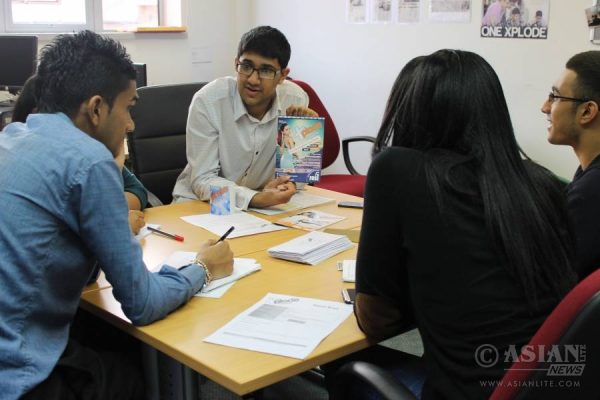 The Queen’s Award for Voluntary Service is the highest honour that can be bestowed on a voluntary group and this is a very worthy recipient.  Khalil, Saeed and the other young volunteers make an exceptional contribution to their community and helps to greatly improve the lives of local people.  For so many to give up their time for others is tremendous and this award is extremely well deserved.  We would encourage more groups from the Asian community to step forward and be recognised for the wonderful work they do.”

The closing date for nominations for the Queen’s Award for Voluntary Service 2016 is 16 September 2016.