It was a memorable event in the cultural calendar of Manchester, the cotton capital of the erstwhile British Empire. A team of professionals from South India, majority from Tamil Nadu, join hands with Rainbow Ragas, Britain’s largest British-Asian music group, to raise funds for victims of Chennai floods.  The Team Raga raised to the occasion and delivered a scintillating performance. Another laurel for RR.  Since its inception in  the  year  2006,  the  band  has  performed  in  different  parts  of  the  UK  celebrating  the  rich  musical heritage of India and South Asia.

The Ragas team of  musicians include professionals  in  their  fields  and  come  from  health  sector,  business,  and  academics. The team contains well trained musicians  who  passionately  perform rich and varied genres of Indian, Asian and Western music in various languages both  for entertainment and benevolent purposes in the UK and Europe. Therefore, the ethos of the  band is highly multicultural, inclusive and benevolent. The event was held at Maxwell  Upper  Hall,  University  of  Salford, Manchester. Dr Rammohan Kandadai and Dr Vannamalar Selvaraasan were there to compere the events.

The organisers were grateful to Dr Jai Sivaprakasam who acted as Chief Administrator  for the project besides photographers Dr Girish Sadhu, Senthil; videographers  Martin Francis (CM Digital), Ryan, Daniel, Asif and Rocky. A special thanks to St. Peter’s Chaplaincy for opening their hall for rehearsals. 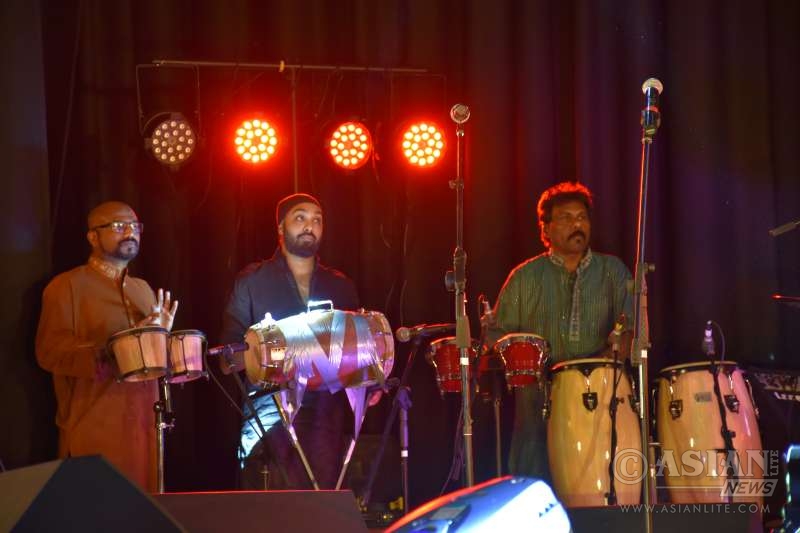 The following are the artistes performed at the event

PLEASE SEE THE GALLERY FROM THE EVENT: OVER 100 pics. Please send your comments to newsdesk@asianlite.asianlite.uk. Please follow @asianlitemedia