Many schools in England are facing disruption as members of the National Union of Teachers stage a one-day strike over school funding, reports Asian Lite News

NUT acting leader Kevin Courtney is reported to have said that school budgets were not keeping pace with rising costs. The NUT is staging regional marches and rallies in support of the strike, which is also about pay and workloads.

Nearly 25% of NUT members voted in the strike ballot – of those who voted, 91.7% supported strike action.

Mr. Courtney has apologised for disruption to parents, and has said that “teachers do not take strike action lightly.” 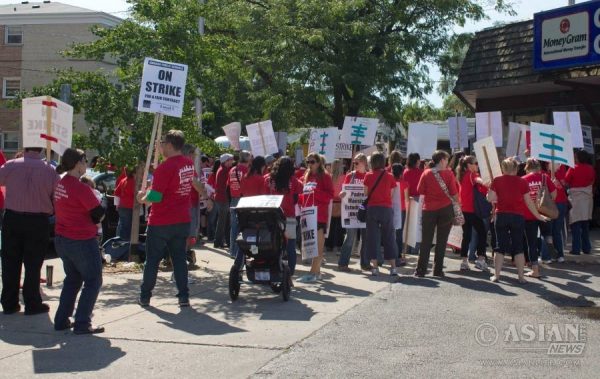 “The problems facing education, however, are too great to be ignored and we know many parents share our concerns.” He told BBC Radio 4’s Today programme: “Class sizes are going up, we are being told of schools where there will be classes of 35 in September. Art, dance and drama teachers are being made redundant or not being replaced when they leave, individual attention for children is going down.

“This is all happening because the government is not allowing school budgets to keep pace with inflation. They are freezing the cash per pupil they give to schools.”

The NUT points to an analysis by the Institute of Fiscal Studies which says spending per pupil is expected to fall by about 8% in real terms by 2020. He said the union wanted to resolve the matter through talks but the education secretary “does not acknowledge the reality”.

Mrs Morgan has reportedly criticised the strike plan, saying it will “harm children’s education”, inconvenience parents and “damage the profession’s reputation in the eyes of the public”. She said the government had protected school funding “when other areas of spending are having to be reduced”.