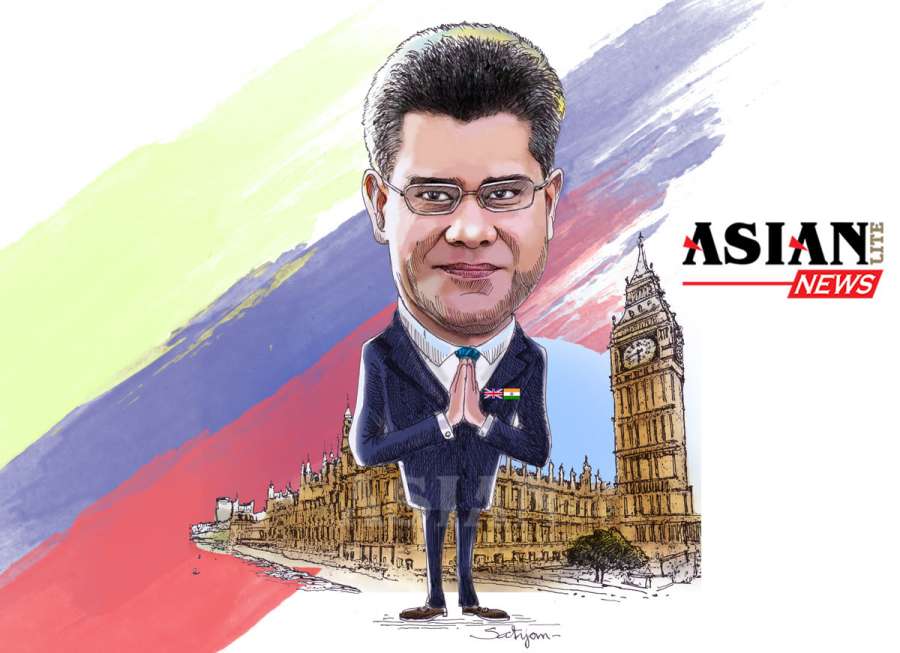 I would like to extend my warmest wishes to the people of India and the British Indian community in the United Kingdom on the occasion of India’s Independence Day. India’s 70th Independence Day is an opportunity to reflect both on India’s increasingly significant role in the world today and also the UK-India relationship in the future. India is the world’s fastest growing major economy.

With a population of 800 million under the age of 35, that economic dynamism should define India’s prosperity and influence for the coming decades. And I am keen that the United Kingdom plays its full role as a key partner to India.

I was delighted to visit India last month, my first overseas trip since being appointed as UK Minister for Asia and the Pacific. I saw at first hand the breadth and depth of the UK-India co-operation in business, education, culture, defence and counter-terrorism. Our joint working to capture the economic opportunities ahead of us, as well as the work we doing together to tackle the global threats that face our two countries.

Our economic ties are mutually beneficial and mutually reinforcing. Our bilateral trade is worth nearly £16 billion, with opportunities to grow this even further. The UK is the largest major investor in India and British companies are creating jobs across India. This is an important economic, as well as social, contribution at a time when a million young Indian citizens are entering India’s labour market every month. And UK companies and the UK Government are also contributing to building the skills which will enhance India’s competitiveness for years to come.

Having been part of the UK team which has been encouraging India companies and public sector entities to see the City as the natural home for raising offshore finance, I was delighted to attend last month the launch of the first rupee-denominated masala bond by an Indian company, HDFC, in London. This very successful offering raised Rs30 billion. There are more of these ‘Masala bonds’ in the pipeline and our clear aspiration is for the City of London to become India’s international destination of choice to raise funds, particularly to finance India’s ambitious infrastructure plans. Make in India, finance in the UK is the new mantra! The UK will also partner with India for its 2016 Technology Summit and Knowledge Expo to demonstrate our entrepreneurial collaboration.

During my visit to India, I also discussed with my counterparts the decision of the British public to leave the European Union. I wanted to assure the Government of India and Indian businesses that the UK continues to want the strongest trade and investment relationship with India. The EU Referendum result had not changed that. And it was very encouraging to hear directly from India business leaders that the UK remains a key investment destination for them.

Whist the nature of our relationship with the EU is still to be determined, working with India remains a key priority for the new British Government. As a permanent member of the UN Security Council, a member of NATO, of the G7, the G20 and the Commonwealth we continue to thrive and prosper on the world stage. We are working with international partners, including India, to play our part in ensuring a safer, healthier and prosperous world.

At the heart of the burgeoning UK-India relationship are our strong people-to people links. With over one and half million British Indians in the UK, our ties with India are naturally strong. The Indian diaspora have contributed – and continue to contribute – immensely to our country. In business, the public services, culture, media and, increasingly, in politics too.

Following Prime Minister Modi’s transformative visit to the UK last year, we are determined to strengthen these links even further. 25,000 British young people will gain work and study experience in India by 2020 through British Council programmes and over 18,000 Indian students enrolled at UK higher education institutions in the last year. And through our large Chevening Scholarship programme, India’s brightest students can embark on postgraduate study in the UK.

I am looking forward to celebrating our diverse and long-standing friendship during the 2017 UK-India Year of Culture.

As we stand on this historic day, we can be deeply proud of how much the UK and India have achieved working together. We can also look forward with much anticipation and excitement for what our flourishing partnership can deliver for generations to come.

The new British Government is committed to our relationship with India and I am deeply honoured to play my part in fostering ever stronger bonds.