Punita Gupta, a disciple of Bharat Ratna Pandit Ravi Shankar and a prominent musician in the London cultural circle, adds Indian music to British Syllabus through her tireless efforts and her passion for music ….writes Rajitha Saleem

A sitar maestro who was instrumental in introducing Indian music as a subject to the British curriculum—Punita Gupta, feels that one can never stop learning music as it expands like a vast ocean in front of us.

A trained sitarist from Dehradun, Punita reached England in 1971 accompanying her husband, and started teaching Indian music in the borough of Ealing from 1974. She had worked hard to popularise and make the British audience understand what Indian music was all about and more importantly, view it as a subject in the national curriculum.

Towards this end, she had trained children, who would perform with herself at venues all over the country and at various festivals. Due to her persistent efforts, her first student took the GCSE exam with Indian Music as one of the subject in 1985. From then on, World Music has been an available option in the British curriculum. 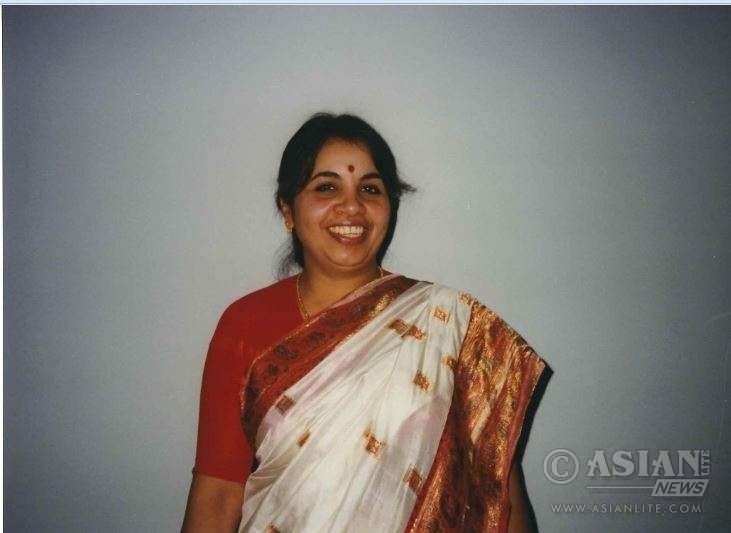 Even when she moved to the borough of Brent as a development officer of Indian Music, Punita Gupta strived to promote Eastern classical music and has tried to introduce Indian music to the primary school level.

“But what I consider a turning point in my life is meeting the great Pandit Ravi Shankar here in London,” reminisces Gupta. She met the stalwart of Hindustani music after one of his performance in Royal Albert Hall, and asked to be taken as a student of his. There was no looking back for Punita Gupta after that. Under the able guidance of Pandit Ravi Shankar, Punita trained a lot of students and performed with them to audiences across UK and Europe, to become one of the foremost sitar players in UK.

Punita’s group of students performed at venues such as the Royal Albert Hall and has the good fortune of being the first eastern music group to win an award there. After retiring from a commendable service of teaching music to UK schools, Punita now teaches sitar to selected students at her home and performs at venues that she considers dear to her.

“Playing sitar is always with an accompaniment of tabla and I can never forget the tabla player with whom I performed my first concert in 1972, Pandit Madhukar Kothare,” said Punita Gupta. She is performing with her students at Bharatiya Vidya Bhavan on February 21 paying tribute to her associate, who passed away two years back.

“It has been a long and proud journey for me and I am indebted to my husband for encouraging me throughout my career,” added Gupta who is supported by her petrochemical scientist turned programme manager husband Mr Shambhu Gupta.

Punita Gupta & students will perform along with Pt Rajkumar Misra and his students Dhanraj, Hevylen on Tabla on February 21, Sunday at Bhavan.

The event is a tribute to late Pt Madhukar Kothare.