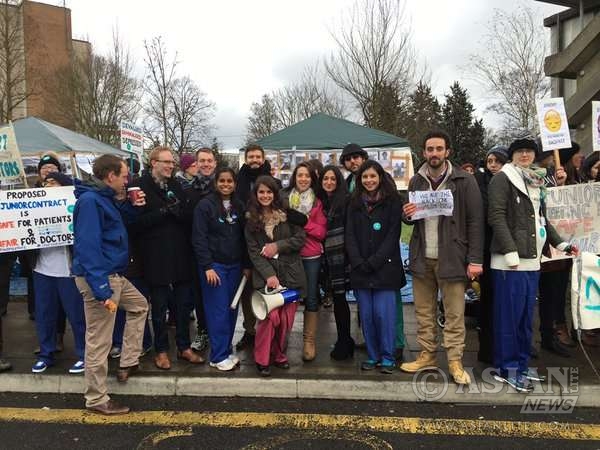 The second wave of industrial action started by junior doctors over their contracts  affect the normal services of NHS hospitals across the country.

Thousands of junior doctors attended more than 160 picket lines across England in response to the Government’s threat to impose an unfair contract that has been roundly rejected by junior doctors. This comes as a poll shows that two in three people blame the Government for today’s action.

“With thousands of junior doctors attending more than 160 pickets and ‘meet the doctor’ events across England, today’s action is a resounding rejection of the Government’s threat to impose an unfair contract, in which junior doctors have no confidence,” said Dr Johann Malawana, BMA junior doctor committee chair.

“We deeply regret the disruption caused to patients, but this is a fight for the long-term delivery of high quality patient care, for junior doctors’ working lives and for ability of the NHS to rise to the enormous challenges facing it. 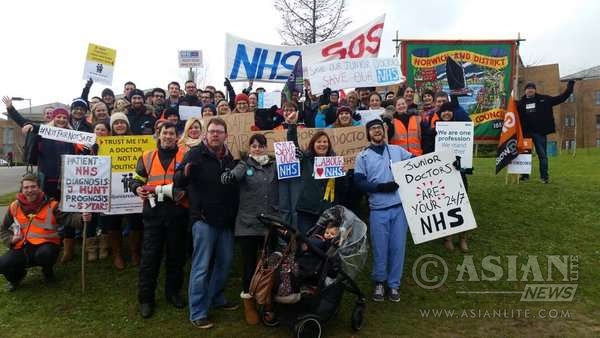 “Junior doctors already work around the clock, seven days a week and they do so under their existing contract. If the Government want more seven-day services then, quite simply, they need more doctors, nurses and diagnostic staff, and the extra investment needed to deliver it.

“Rather than addressing these issues, Jeremy Hunt has rejected a fair and affordable proposal put forward by the BMA and is instead ploughing ahead with proposals that could see many junior doctors voting with their feet. That is why today’s action has the support not only of 98 per cent of those junior doctors who voted for it, but the majority of the public, who blame the Government for backing junior doctors into a corner, leaving them with no option.”