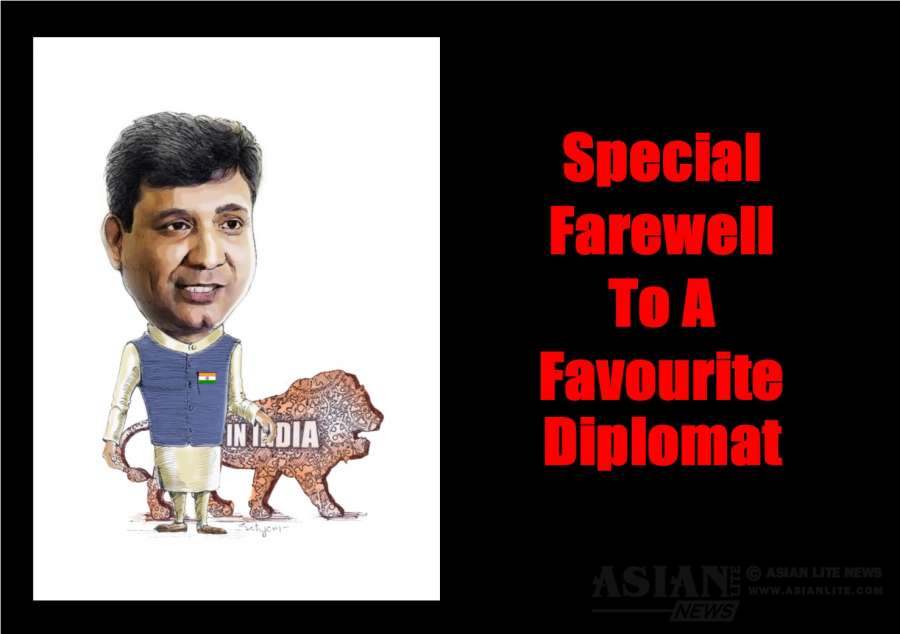 The face of Make In India campaign in the UK is leaving the shores.  Dr Virander Paul, the Deputy High Commissioner of Britain, was accorded with one of the warmest farewell receptions by the Indian community in London. Dr Rami Ranger CBE, Lord Billimoria among the top echelons of the Indian community were there to say Thank You to Dr Paul for his excellent service to the country and the community.

The event was organised by the South Asia Centre of the London School of Economics & Political Science in association with the National Indian Students and Alumni Union UK. The  reception was organised to honour and celebrate Dr Paul’s myriad contributions during his tenure as Deputy High Commissioner, particularly in furthering educational and youth related initiatives.

Opening the event, Dr Mukulika Banerjee, Director of the LSE South Asia Centre commented on Dr Paul playing an instrumental role in furthering the relationship between the LSE and the High Commission of India, which amongst other initiatives led to the formation of the HCI-LSE SAC 100 Foot Journey Club.

She praised his sense of complete openness and interest in engagement with academics as being fundamental to the development of a new programme at the LSE – a Practitioners in Residence scheme for Indian diplomats, in partnership with the Ministry of External Affairs of India.

Miss Sanam Arora thanked Dr Paul for being a pillar of support for NISAU, playing an incredible role in its growth and offering unparalleled guidance and encouragement for Indian students and youth in the UK. She applauded Dr Paul for being an inspiration and for giving the NISAU team the opportunity to learn from him and work closely with the High Commission of India.

Dr Virander Paul explained how touched he was at the affection he had received from academics and students alike and thanked the NISAU and the LSE for organising the farewell. He mentioned that his posting in the UK had been perhaps personally the most rewarding and challenging post for him. He placed emphasis on education as being extremely important to the High Commission’s work. He commented on the LSE being special and described the varied and long standing association that the High Commission has shared with the LSE.

He congratulated the NISAU on uniting Indian students both in London and in the rest of the UK and helping them develop a strong sense of belonging. He asked the NISAU team to keep up their good work for the benefit of Indian youth in the UK.

Lord Karan Bilimoria emphasised how lucky the UK has been to have had Dr Paul as India’s Deputy High Commissioner and how much of an inspiration Dr Paul is to all, and particularly to youngsters who can learn from his journey as a qualified medical doctor turned excellent senior diplomat.

Dr Rami Ranger mentioned how honoured he was to pay his respects to the diplomat who has brought charm to diplomacy. He commented “It speaks volumes about Dr Paul that academics and students have organised this farewell”. He thanked Dr Paul and mentioned how indebted the Indian community in the UK is to him.

Dame Khemka commented that “Dr Paul is not just an ambassador; he is a leader. And he is the great leader that creates leaders.”

Mr CB Patel commented on the excellence of Dr Paul as a diplomat and ambassador of India and thanked him for his contributions.