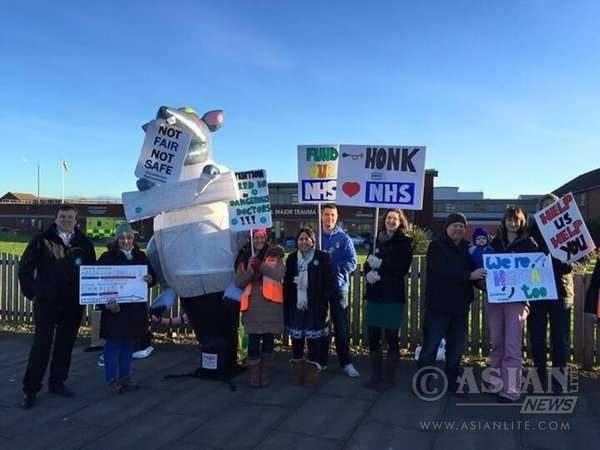 More than two-thirds of trusts and health boards in the UK are actively trying to recruit from abroad as they struggle to cope with a shortage of qualified staff, figures reveal. Tens of thousands of NHS nursing and doctor posts are vacant. The worst hit departments are paediatrics andd emergency medicine.

The statistics, obtained by the BBC, show the scale of the NHS recruitment crisis.

Health unions blame poor workforce planning, but officials say the NHS has more staff than ever before. The BMA vice chairman Dr Kailash Chand blamed the poor management decisions for the present crisis.

In an exclusive column for Asian Lite, Dr Chand said: “While workloads are rising, wages have been chipped away at and are now at 2008 levels. Morale is low. This matters because frontline staff are the beating heart of our health service. The NHS needs a motivated and enthusiastic workforce if it is to rise to the challenges facing it yet in many parts of the NHS, especially general practice and emergency medicine, the pressure is becoming too much, sparking a recruitment and retention crisis.

Data from a BBC Freedom of Information request shows that on 1 December 2015, the NHS in England, Wales and Northern Ireland had more than 23,443 nursing vacancies – equivalent to 9% of the workforce. In comparison, the average vacancy rate across the UK economy from November to January 2016 was 2.7%, according to the Office for National Statistics.

The figures – which include 106 out of 166 trusts and health boards in England, Wales and Northern Ireland – also revealed:

In England and Wales, there were 1,265 vacancies for registered nurses in emergency departments – about 11% of the total.

For consultants in emergency medicine there were 243 vacancies – again 11% of the total.

Paediatric consultants – specialists in the care of babies, children and young people – were also hard to recruit, with 221 vacancies – about 7% of the total.

Vacancy rates in Scotland are published quarterly and so comparable figures are not yet available.

In England, many hospitals are having to rely on expensive agency workers to make up the shortfall in staff.

That has been identified as a key factor driving a growing financial crisis within the health service.