Among the foremost thinkers of all ages, his contribution to knowledge spans maths, logic, history, philosophy and computer science at the very least. But he didn’t ignore the world as it was, championing reason, freedom and choice and opposing war, organised religion, nationalism and totalitarian politics. One of the few philosophers to win a Nobel Prize for literature, Bertrand Russell, whose 144th birth anniversary falls on Wednesday, was also the only one to appear in a Bollywood film.

He had a somewhat contradictory life. An aristocrat by birth and part of the establishment (his grandfather was twice Britain’s prime minister), he always questioned authority, social norms (especially conventional sexual morality) and established ideology. A profoundly original thinker in some complex realms of human knowledge, he was also a prolific, accessible and witty writer, who took pains to explain philosophy and science to the layman. A committed pacifist, but he thought war was preferable to tyranny.

He was an earnest and staunch votary of human freedom but didn’t have much faith in his fellow men’s capability, especially in their susceptibility to the “herd” mentality (“Man is a rational animal – so at least I have been told. Throughout a long life, I have looked diligently for evidence in favor of this statement, but so far I have not had the good fortune to come across it…”).

And his life was also long and eventful. 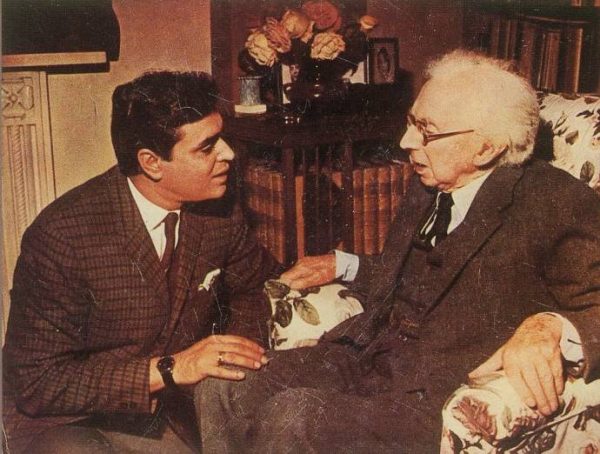 When he was born (May 18, 1872), Queen Victoria was just over midway through her reign and the world was still to use electricity, and when he died (February 2, 1970), her great-great granddaughter Elizabeth II had been on the throne for nearly two decades, and man was using power derived from splitting the atom. In the near century of his lifespan, he lived through two terrible global conflicts and many other wars and crises, revolutions and fall of empires, but not always as a passive observer!

His childhood was unhappy due to the suffocating, traditional atmosphere at the home of his grandmother who raised him after the early death of his parents. But her emphasis on standing on principle and independent thinking influenced him and her favourite Bible quote – “Thou shalt not follow a multitude to do evil” – became his own motto.

But more than his academic career that saw him displace the prevalent British philosophical tradition of idealism with analytic philosophy, attempt to create a logical basis for mathematics, and explore the meaning of words and language, it is his political thought and activism that keeps him relevant.

He opposed the First World War and the conscription it entailed (even going to jail for his views), and later opposed rearmament but then believed the defeat of Nazi Germany was more important than avoiding war. In the post-World War II period, he attacked Stalinist totalitarianism, sought Communist China be recognised, played a public role in the Cuban Missile Crisis, pilloried US involvement in Vietnam, and was an outspoken votary of nuclear disarmament.

The last earned him a seven-day jail stint in 1961 – at the age of 89 – when after being arrested during a protest march, he refused the magistrate’s offer to exempt him from jail if he would pledge to “good behaviour”. 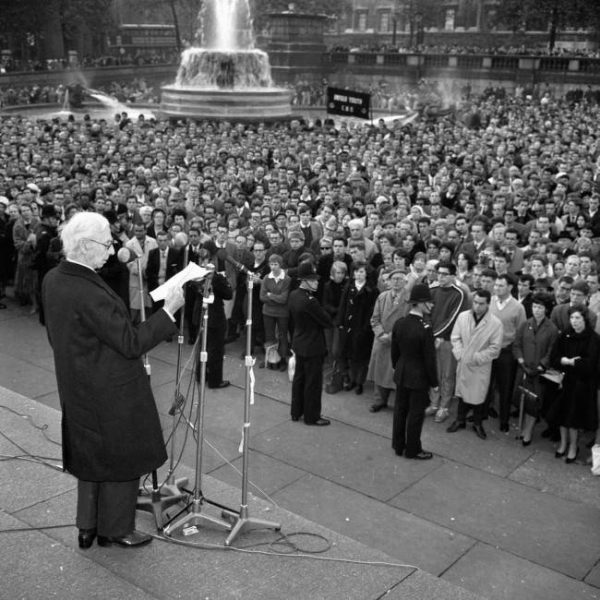 It was his stature as a peace activist that also led to his figuring in Bollywood film “Aman” (1967) where he gives his blessing to hero, Britain-trained doctor Gautamdas (Rajendra Kumar), who seeks his advice on whether instead of going home to India to practice, he should go Japan to tend to victims of the Hiroshima and Nagasaki atom bomb attacks.

But what can we learn from him for today? Much, especially his distrust of those who actively seek power over others, suspicion of deep state control over the individual and concentration of economic power in hands of individuals or corporations, of ideologies and regimes which are like religions with “unthinkingly loyal disciples convinced by a world-picture which claims a monopoly on the truth” and is “intolerant of dissent” and not to take anything for granted.