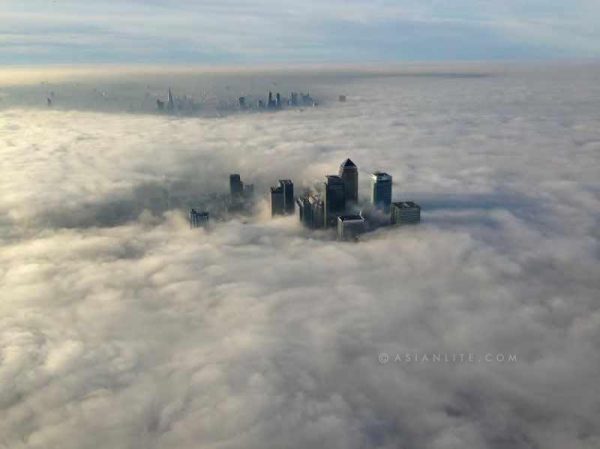 Sterling has been a punch bag for the upcoming UK In / Out EU referendum. On a trade weighted basis it is trading at a two year low.

The attacks in Brussels are seen as strengthening the Brexit argument.  Meanwhile the Remain camp has taken a blow as one of their chief proponents – George Osborne –    displayed a flawed grasp of the issues that matter to people in his budget and subsequent U-turn on disability welfare cuts.

Bookmakers are now pricing the referendum outcome as ever tighter, although Remain is still priced as the likely outcome.

There’s useful barometer that we can use to gauge the City’s outlook for the currency – Implied Volatility on three month Sterling-Dollar Options.

In essence this metric tells us how volatile the market thinks Sterling might be in the next 3 months (this covers the referendum date). And this translates into the price of hedging (protecting) oneself against a currency move.

Implied Volatility has spiked significantly over the past couple of weeks to 6 year highs. This means that traders think that there is a higher chance that Sterling could have a big move. Therefore it is now more expensive to buy protection against a move in Sterling.

Implied volatility does not however attempt to forecast the direction of the move, it helps us to calculate the probability of a move. It’s important to understand that implied volatility is the result of market activity, it captures the current mood and sentiment of the market.

So what does all this mean? It means that the City thinks Sterling will fall significantly in the event of a Brexit. And strengthen significantly if the UK stays in the EU. And that Chancellor George Osborne has significantly damaged his chances of becoming the next Prime Minister (the implied volatility doesn’t tell us this, common sense does).