The Cursed Father – Harry Potter and his last outing?…Vikas Datta explores in his column

It has been over a week since the “last” Harry Potter story came, with the “Boy Who Lived” now an overworked, middle-aged father who can’t seem to get on with his younger, less-gifted son. Reaction has been mixed, with some grateful for the opportunity to revisit the wizarding world, some unhappy with its finality, and those critical of content and/or format. Which one of these reactions is justified – and deserved?

At first, it must be appreciated that Harry Potter and his world still exert such allure that, nine years after what was touted as the explosive climax in 2007, the series’ readers, as well as the next generation, eagerly awaited the new book. (Most also participated in related promotional events, which showed the franchise remains lucrative.) Meanwhile media coverage was not limited to the release and reviews, but to what readers thought, and even the conversation in queues of waiting fans.

Given the high levels of interest and expectations, it was evident that reactions would be fast — and some of them furious. But it calls for — and the series indeed deserves — a more circumspect approach. 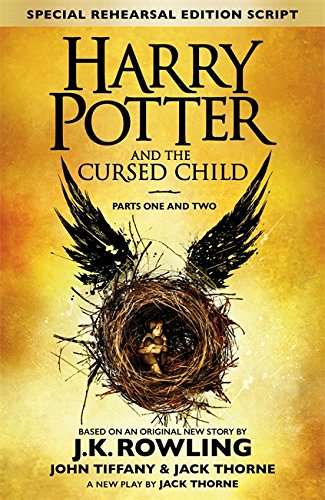 It is indisputable that reading is a personal and subjective experience. But still some fairly objective observations can be drawn as far as an author’s choice of treatment, the underlying themes and, what we can term, lets say, “story fatigue” are concerned. And “Harry Potter and the Cursed Child” is no exception.

Take method. Readers may have been surprised to see at the top of the cover a bold identification of a “Special Rehearsal Edition Script” and author J.K. Rowling (who was identified as originator of an original story idea) shared credit with John Tiffany and Jack Thorne (whose name was in bolder script but still dwarfed by Rowling’s).

And if you still didn’t get it, the cover also clearly announced it was a new play by Thorne. So, those expecting the same format as earlier had already been well warned — and no one prevented them from peering in to check. Caveat Emptor, as they say.

Even being presented as a play might have been unprecedented but not inexcusable. Readers of the series have been used to be seeing the action from Harry’s viewpoint, but the first book itself (“The Philosopher’s Stone”), as well as the fourth (“The Goblet of Fire”) and the sixth (“The Half-Blood Prince”) see the narrative begin from another perspective. Other variants may also be mentioned to stress that an author has leeway, and can’t be bound to a certain style on the basis of precedent.

Then, the entire series has been adapted cinematically, and it is safe to say that many more people will have encountered the Potter world on screen rather than through the books, while those who read the books before seeing the films may admit that the depiction may not correspond to what they imagined.

A play, which has sparse space for description or rumination, definitely has limitations over a continuous narrative, but, on the other hand, can be more focused. And thus this style can, quite justifiably, claim benefit of doubt rather than straight condemnation.

Let’s deal with content itself. At the outset, it must be known that the genre of fantasy or encounters with magic long predate Rowling (an invisibility cloak and Hermione’s bag with an Undetectable Extension Charm to accommodate much more than its size, can be found in Urdu dastaans like “Amir Hamza” and “Tilism-e-Hoshruba”). What sets her works apart, and appealing to even adult readers, is that its themes are more serious than the choice of young protagonists would indicate, including class and race, heredity and ability, choices and their consequences, loyalty, and the prospect of death, among others.

Then time travel, which plays a key role in “The Cursed Child”, is always a tricky subject, because there are no guidelines as to what changes in the future intervening in the past may lead to and how permanent the effects may be.

Then “story fatigue”: Would we welcome further adventures of an older and less interesting Harry, constantly compared with the previous ones, or thought the plots were becoming stale? There is no bar on new cycles — Rick Riordan has done it with his Greek demigod Percy Jackson — but it is always touch and go.

So what conclusion do we come to? We can consider this part of the canon, which it has good claims too, given how much it is intertwined with books three (“Prisoner of Azkaban”) and four (“Goblet of Fire”), or we can consider the number seven’s epilogue as the definitive end.

And is it goodbye finally? Rowling has clearly said so, but did anyone forecast number eight or seven and a quarter (if you didn’t like it)? And who knows what the circumstances are tomorrow?