We have seen an outpouring of anger and frustration from thousands of junior doctors across the UK this week, culminating in two days strike in England. Protesters chanted ’Hunt must go’ and ’Not safe, not fair, Jeremy Hunt doesn’t care’ as they marched in various towns of England.

These doctors have not been misled by the BMA. Many weren’t even members. I am deputy chair of the BMA council – Hunt’s claim that the BMA is misleading junior doctors is a disgraceful lie. The truth is that the contract offer is simply not safe for patients and nor fair for junior doctors. It appears that the Government is hell-bent on dismantling the NHS and has zero interest in the well-being and careers of those who work in it.

So why are the junior doctors so angry? Proposed NHS Employers terms on trainees’ contracts are regarded as being unsafe to patients whose care could be compromised due to long working hours, and unfair due to level of pay proposed. The BMA says this will not financially benefit any of the juniors who have already seen a pay freeze, a reduction of their pension, an increase in pensionable age, and deprivation of basic amenities such as hospital accommodation and decent meals on site in keeping with their odd hours.

The Government is changing what constitutes out-of-hours working so that Saturday is now classified as a weekday and evenings won’t incur extra pay. No surprises then that in the last month the GMC received several thousand requests for certificates allowing doctors to work overseas. 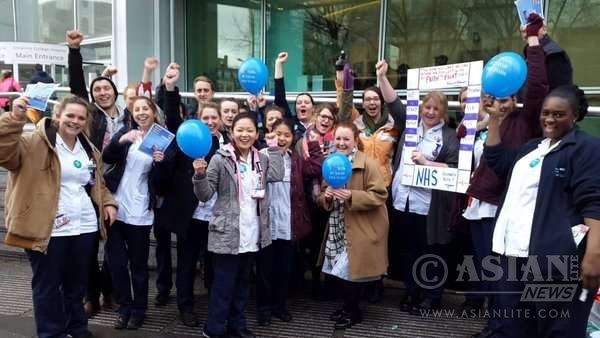 Does Mr Hunt realise that this punitive contract will result in our best juniors being creamed off by lucrative contracts abroad and it will put many bright youngsters off studying medicine? The inevitable effect of this is the much greater risk to healthcare provision and patient safety throughout England, with the daunting prospect that it would take a generation to reverse the damage. The irony is that by driving UK trainees abroad or to locum agencies, the DH ends up picking up a far bigger bill than they would have had by simply treating our own trainees with fairness.

The BMA has repeatedly said it would call off the strike if Hunt’s threat to impose a contract on junior doctors was lifted. Does Mr Hunt have no care, consideration, responsibility for patients as he persistently, stubbornly and arrogantly refuses to talk to the BMA and settle this dispute?

Before the last election, Prime Minister David Cameron promised ‘a truly seven day NHS’ in his election manifesto. However, it had one major problem: he didn’t have any money to fund this nor indeed has he defined what he meant by it. Let me remind you that the manifesto promised England would be ’the first nation… to provide a truly seven-day NHS… with hospitals properly staffed, so that the quality of care is the same every day of the week.’ Now what Mr Hunt is doing is to implement that manifesto promise by dropping properly staffed from his action plan. 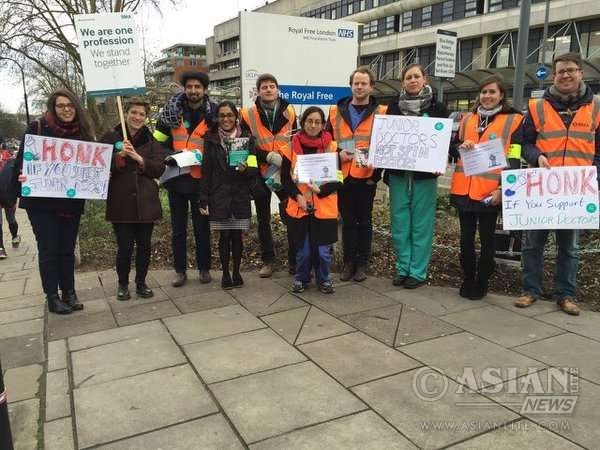 For Mr. Hunt it has become a political battle for seven day NHS. We all want a safe service all days of the week. However, when the present service is practically on its knees, it makes no sense to stretch it further without required manpower and additional resources.

The blame for another junior doctors’ strike lies with Mr Hunt. The health secretary devoted time and energy smearing doctors and playing politics, when he should have been finding a just and fair solution. Mr Hunt’s tactics have throughout been aggressive, crude and mostly alienating. He tried – and failed – to divide juniors from their union. Trying to bully the juniors to accept unsafe working conditions is not going to cut any ice.

Mr Hunt’s conduct in this dispute right from the beginning to the current controversy about his authority to impose the contract, been littered with dubious statistics, manipulation and misrepresentation to public and parliament alike.

Stop blaming the BMA for this impasse-. Mr Hunt, it is very simple, you call of the imposition and BMA will respond immediately.

Please, Mr Hunt, the imposition of an unfair, unjust contract is a recipe for exodus of medics and this will kill any hope of ever providing a 7/7 NHS (there will be scores of medics who will follow what Dr Ben White has done in the full glare of media this morning and resign). There is nothing to be gained in this futile battle for anyone. Let’s work together to decide how we can provide more doctors, nurses and diagnostic staff to implement your seven-day world class NHS services.