Does chicken tikka have a nationality?….explores Nivedita in the Middle East 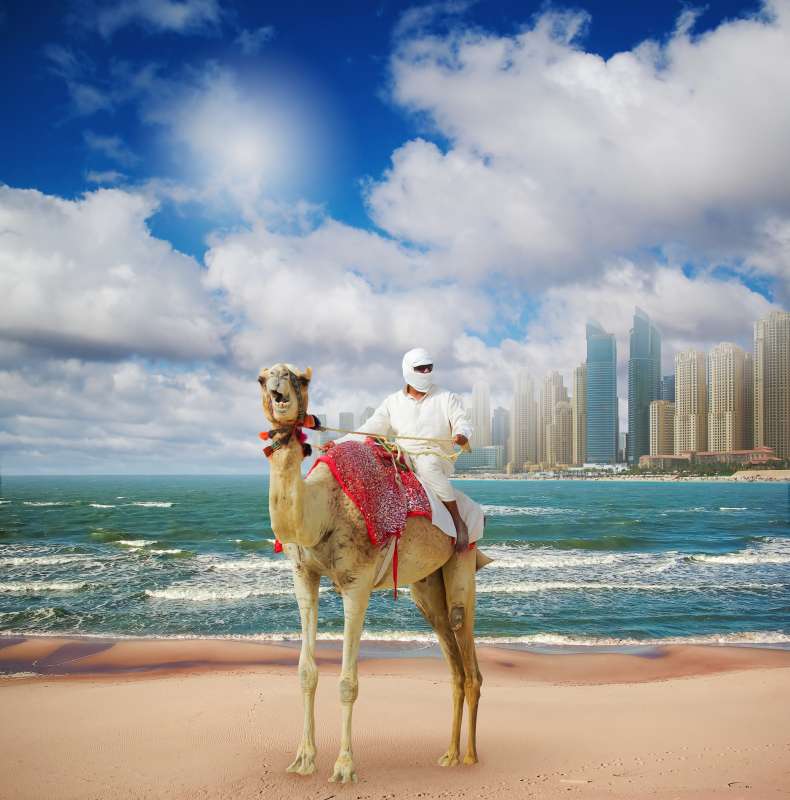 Food has the power to bring enemies together and this time it’s the lip-smacking appetizer, the chicken tikka, Britain’s favourite Desi Dish, has managed to bind neighbouring Asian countries India and Pakistan in Dubai together.

Mohit Bhargava from India and Shamoun Bhatti from Pakistan, chefs at Dubai’s seven-star Burj Al Arab hotel, say they “work like brothers” and love to serve the best of their countries’ delicacies to their consumers who don’t inquire about the recipes’ nationality.

For its authentic Arabic cuisine or Far East Asian or Modern European dishes, the hotel sources ingredients from across the globe, says 34-year-old Bhatti from Karachi.

“Some of the spices and herbs come from India and Pakistan, as we don’t find them here. You will be amazed to know that many people term Pakistani dishes as Indian food here and I feel proud. I don’t think chicken tikka has any nationality. You wonder if it is from India or Pakistan? I feel it’s chicken tikka, that’s it,” he told this visiting IANS correspondent, who was invited to witness the grandeur of Burj Al Arab during the ongoing Dubai shopping festival.

The Bab al Yam restaurant in the hotel, where he showed some of the food items prepared by him, has a contemporary and sophisticated concept with floor-to-ceiling windows offering stunning views, breathtaking spacious terrace and plush shisha (hookah) lounges.

“I think it’s not the people but the governments that are making a hue and cry. There are so many politicians and all of them have their own reason for hating each other. Even in the recent Pathankot episode, Indians and Pakistanis were blaming each other. I feel this type of thing creates bad relations,” says Bhatti.

While he shifted to Dubai 10 years back for work, 32-year-old Bhargava, who hails from Lucknow, moved to the United Arab Emirates city with his wife two and a half years back.

“We work like brothers and it’s always good to have someone around who understands your language,” said the chef while giving a pat on the shoulder of his Pakistani counterpart.

He also pointed out how Dubai has opened up for Indians, especially in the food sector.

“It’s a home away from home. People love Indian food here, especially chicken tikka masala that has become universal. Some of the other dishes in demand are lamb rogan josh, biryani and, of course, masala dosa,” he said, pointing out how Indian restaurants are doing well in Dubai.

“There are many local restaurants which are coming in. Moti Mahal and Raaga are here. We also have a new restaurant in Taj. There is one at Shereton by chef Vikas Khanna called Junoon, then we have chef Vineet Bahl’s restaurant Indego. So, you have a large choice where you want to dine,” he informed.

The distinctive sail-shaped silhouette of Burj Al Arab is more than just a stunning hotel, it is a symbol of modern Dubai.

Repeatedly voted the world’s most luxurious hotel, the magnificent destination offers people the finest service and facilities throughout – right down to an optional chauffeur-driven Rolls-Royce.

Hence, it won’t be wrong to say that it’s the hot spot for all the Bollywood, Hollywood and other A-list celebrities.

It boasts of serving celebrities like Hollywood actor Vin Diesel during the shooting of “Furious 7” in Dubai, southern star Mahesh Babu with his family and tennis legend Roger Federer.

Talking about a loyal customer, Bhargava said: “There is one Russian lady who is very regular here and she always asks me about Indian food. She has a liking for different cuisines.”

Niamh Keohan, director of marketing and PR for Burj Al Arab, said hiring an Indian and a Pakistani together was not a “well planned strategy” but people are very open to all the “spicy foods” that India is known for.

“I feel the authorities wanted people with different nationalities and hence they were hired. People love Indian food and that’s why many Indian restaurants are opening up here,” she said.