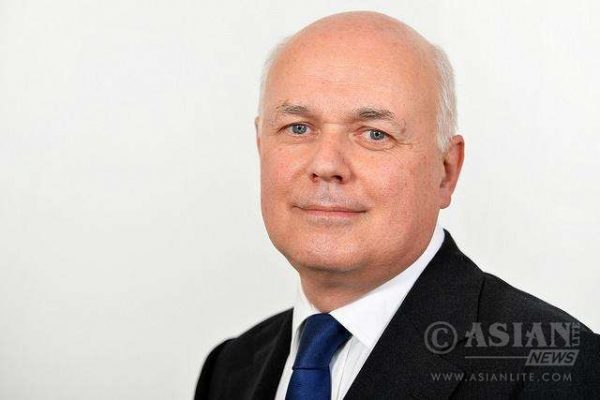 He was the happiest man at the same period last year. His bizarre spontaneous applaud to Chancellor George Osborne’s National Minimum Wage announcement shocked the nation. Today he is the angriest man in the British isles. He quit the cabinet within days of the budget accusing the chancellor of inhuman cuts.

The following is the resignation letter he wrote:

I am incredibly proud of the welfare reforms that the Government has delivered over the last five years. Those reforms have helped to generate record rates of employment and in particular a substantial reduction in workless households.

As you know, the advancement of social justice was my driving reason for becoming part of your ministerial team and I continue to be grateful to you for giving me the opportunity to serve. You have appointed good colleagues to my department who I have enjoyed working with. It has been a particular privilege to work with with excellent civil servants and the outstanding Lord Freud and other ministers including my present team, throughout all of my time at the Department of Work and Pensions.

I truly believe that we have made changes that will greatly improve the life chances of the most disadvantaged people in this country and increase their opportunities to thrive. A nation’s commitment to the least advantaged should include the provision of a generous safety-net but it should also include incentive structures and practical assistance programmes to help them live independently of the state. Together, we’ve made enormous strides towards building a system of social security that gets the balance right between state-help and self-help.

Throughout these years, because of the perilous public finances we inherited from the last Labour administration, difficult cuts have been necessary. I have found some of these cuts easier to justify than others but aware of the economic situation and determined to be a team player I have accepted their necessity. You are aware that I believe the cuts would have been even fairer to younger families and people of working age if we had been willing to reduce some of the benefits given to better-off pensioners but I have attempted to work within the constraints that you and the Chancellor set.

I have for some time and rather reluctantly come to believe that the latest changes to benefits to the disabled and the context in which they’ve been made are, a compromise too far. While they are defensible in narrow terms, given the continuing deficit, they are not defensible in the way they were placed within a Budget that benefits higher earning taxpayers. They should have instead been part of a wider process to engage others in finding the best way to better focus resources on those most in need.

I am unable to watch passively whilst certain policies are enacted in order to meet the fiscal self imposed restraints that I believe are more and more perceived as distinctly political rather than in the national economic interest. Too often my team and I have been pressured in the immediate run up to a budget or fiscal event to deliver yet more reductions to the working age benefit bill. There has been too much emphasis on money saving exercises and not enough awareness from the Treasury, in particular, that the government’s vision of a new welfare-to-work system could not be repeatedly salami-sliced.

It is therefore with enormous regret that I have decided to resign. You should be very proud of what this government has done on deficit reduction, corporate competitiveness, education reforms and devolution of power. I hope as the government goes forward you can look again, however, at the balance of the cuts you have insisted upon and wonder if enough has been done to ensure “we are all in this together.”