Snub to Indian Diaspora Champion Priti Patel MP, Minister of State for Employment, as most of the British Indian Ministers, members of House of Lords and Parliamentarians arrive in Westminster to support remain IN EU campaign….reports Asian Lite News

A new cross-party group campaigning for Britain to remain a member of the European Union has received the overwhelming backing of British Indian parliamentarians.

The “British Indians for IN” campaign was launched today with the backing of 15 British Indian Parliamentarians, including representatives from the Conservatives, Labour, Liberal Democrats and Crossbench Members of the House of Lords.

Those supporting the campaign have signed an open letter making clear that the UK’s membership of the EU “helps to enhance and strengthen the UK’s partnership with countries like India” and that the estimated 1.2 million British Indians eligible to vote on the 23rd June “could prove to be decisive” in determining the outcome of the referendum. 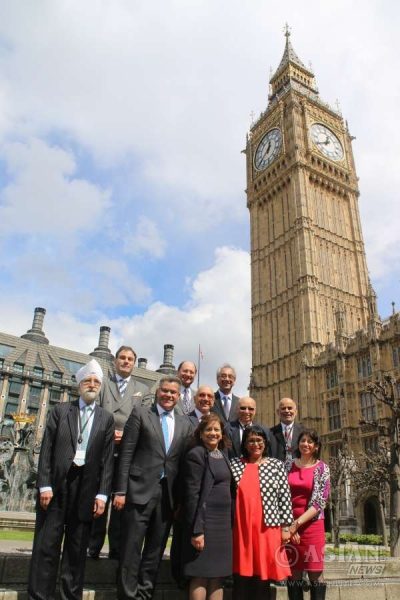 The open letter reads: “We are British Parliamentarians of Indian-origin and whilst we represent different political views, on a whole range of matters, we believe that membership of the EU is an issue which transcends party politics.

We are united in our belief that the UK is stronger, safer and better off as a member of the EU.

Contrary to the argument made by some, that Britain needs to leave the EU in order to strengthen its ties with Commonwealth countries, we believe that our membership of the EU helps to enhance and strengthen the UK’s partnership with countries like India.

In the lead up to the EU referendum on 23rd of June we will be encouraging everyone to vote to remain in the European Union, including the 1.2 million British Indians eligible to vote whose votes could prove to be decisive in determining the outcome of the referendum.”

The signatories to the letter include:

Alok Sharma MP, who is helping to co-ordinate the campaign, said: “With more than a million eligible voters in the upcoming referendum, British Indians could prove to have a decisive say in our future relationship with Europe. I am therefore delighted that so many of my distinguished colleagues have signed up to support this campaign.”

Alok continued: “British Indians are outward looking internationalists which is why so many of us believe that Britain’s place belongs in the EU, where we are leading the agenda for reform. A vote to remain guarantees us continued unfettered access to Europe’s free trade single market of 500 million consumers, meaning lower prices, more jobs, increased investment and financial security. It also means a seat at the table as the EU negotiates some of the biggest trade deals in history – such as the ongoing discussions with the United States, China and India.”

Alok concluded: “Parliamentary colleagues have already made powerful individual interventions setting out the case for the UK remaining within the EU and are taking that message to the British Indian community. In the lead up to the referendum on 23 June we are now co-ordinating our efforts, together with businesses and community organisations, to help secure a decisive vote to remain in the EU.” 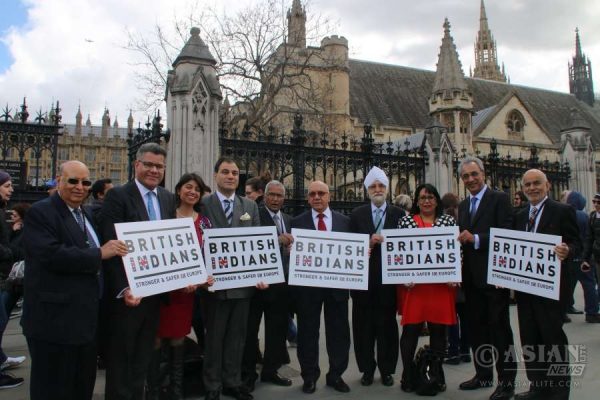