Conservative Friends of India organises an event to discuss opportunities for opening up new frontiers in the UK-India relationship….reports Asian Lite News

Conservative Friends of India, the India focussed group within the Conservative Party, partnered with FICCI, the voice of Indian business and industry, to deliver an engaging panel discussion titled Opportunities for opening up new frontiers in the UK-India relationship.

After Brexit, the Conservative Party are looking to make the most of the opportunities that our departure presents – getting out into the world and doing business right across the globe, while at home building a Britain that works for everyone. The event was held at the House of Lords and was kindly sponsored by Lord Suri. 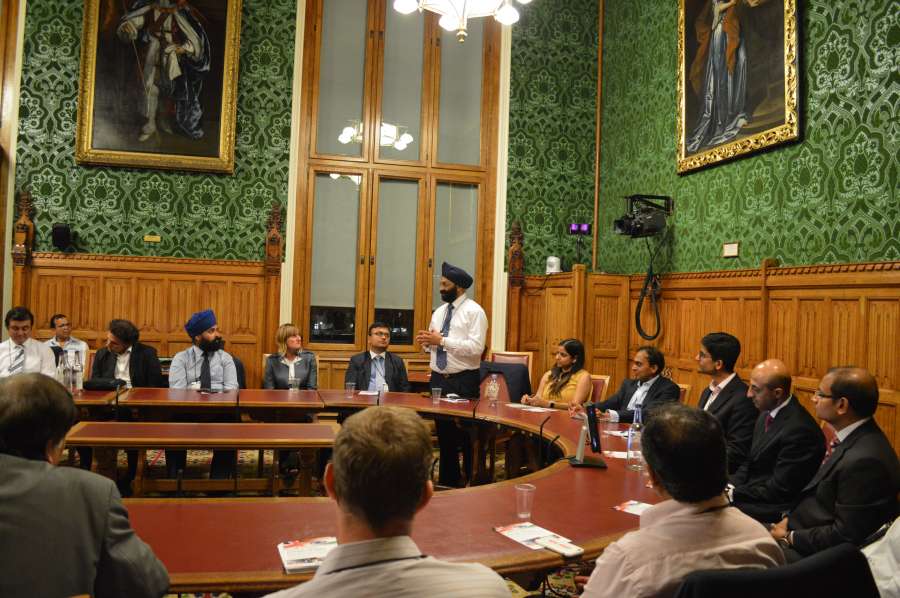 The panel, as individuals with a deep understanding and experience of India, delved into the increasing economic potential of the UK-India relationship.

Lord Gadhia is a Member of the Board for UK Financial Instruments. He mentioned that when PM Modi visited the UK last November and mentioned “James Bond, Brooke Bond and now Masala Bonds!” that this was not just a soundbite. There is an increasing recognition of rupee bonds and what is now needed is a better focus on infrastructure and the access to finance that will provide that infrastructure funding. Mr Ashwin Kumaraswamy spoke about the entrepreneurial culture and history of Indian peoples.

All the panellists agreed that the UK should not look at India as an entity, but should look deeper into specific states. Pratik Dattani, the Director of FICCI-UK said that firms should not have an India-strategy, but a state-level strategy. Mr Kumaraswamy spoke of marrying the state of Gujarat with the UK for manufacturing. Mr Vijay Goel also mentioned that states were looking into creating their own rupee-bonds.

Spriha Srivastava said the three main factors that have affected the Indian economy have been: the Modi effect, the drop in global oil prices, and the former central banker, Raghuram Rajan. With the recent change in central banker, it is to be seen whether there will be any shift in monetary policy.

Satyendra Srivastava spoke of Lloyds planning to start its India operations early next year and of the shifting regulatory climate in India.

In his opening remarks, Mr Ranjit Singh Baxi, Co-Chairman of CF India said: “Brexit needs to be translated to better UK-India links. It is upon the two Governments to work closely together and form that collaboration that is much needed for business confidence. The UK has shown the initiative. Since Brexit, Sajid Javid, Alok Sharma, Greg Clark, Priti Patel and Liam Fox have been to India to hold these vital talks with decision makers in India. So far, the signals have been good. Both sides are willing to work together.

“PM Theresa May has said at the G20 that Britain is open for business and that UK would become ‘the global leader in free trade’.

“India is one of the top 20 largest export markets for UK, with over 700 Indian companies operating in UK and over 400 British companies in India.

“Whilst India is projected to grow to be the third largest economy in the world, UK is the seventh largest economy with a GDP of around 2.5 trillion dollars and is rated as the best in Europe for ease of doing business.”

The panel concluded that the future is bright for UK-India relations, especially in the financial technology and legal sectors. There is a lot to be done but both governments have shown mutual understanding and a willingness to cooperate over recent months, and this has translated into renewed business optimism. Theresa May as Prime Minister and the Conservatives in Government will provide strong and proven leadership as Britain begins its negotiations to leave the European Union and forge a new role for ourselves in the world.