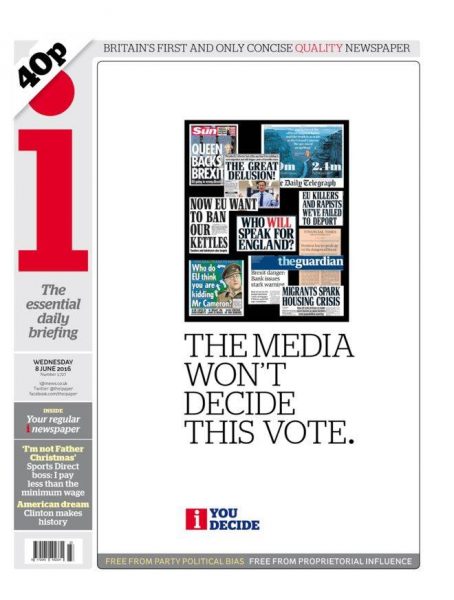 Prime Minister David Cameron held an unscheduled press conference to denounce “complete untruths” from Brexit campaigners. The prime minister called on millions of people to vote in the June 23 EU referendum before a midnight deadline, and urged Britons to back his call to stay in the European Union.

The Vote Leave group responded to Cameron’s attack, saying he was in a blind panic over the referendum. In the latest poll published on Tuesday, ICM put Leave at 48 percent, against Remain’s 43 percent. Other polls on Tuesday put Leave ahead, but by smaller margins.

Cameron said his decision to hold the briefing came after watching reports of related campaigns on national television programmes. He accused the Leave group of telling “complete untruths” to Britons, particularly the claim that Britain’s EU rebate was at risk.

The Leave campaign is fronted by a number of senior members of his Conservative Party, including his own Justice Secretary Michael Gove and former Mayor of London Boris Johnson who now sits as a MP in the House of Commons.

Cameron said the Remain campaign was supported by credible independent experts who had warned about the consequences of Britain’s exit from the EU.

He cited Janet Yellen, chairwoman of the US Federal Reserve, who issued the latest warning on Monday, saying Britain vote to exit the EU could have significant economic repercussions for the US.

In the Leave camp, Britain’s Independence Party MP Douglas Carswell responded: “The In campaign is in a blind panic. Cameron’s renegotiation was a failure. No one believes he got a deal worth the paper it was written on. Now people are rejecting his campaign of fear.”

Meanwhile, a number of London-based newspapers said Britain may stay in the EU single market no matter what the result of the June 23 referendum would be.

The Times carried the headline: Pro-Euro MPs could defy Brexit Poll Victory. It warned that MPs could fight a rearguard battle to stop Britain from exiting the single market. 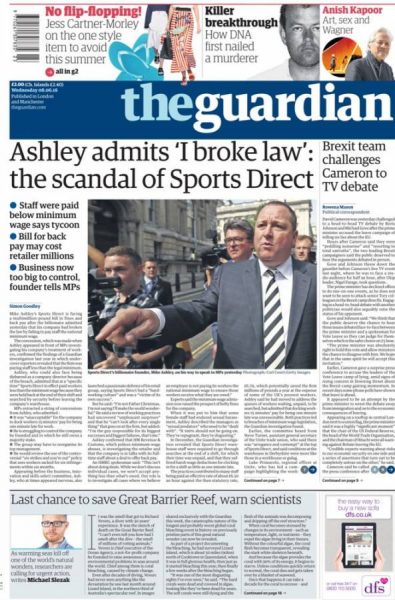 The ‘i’ newspaper carried a similar headline, saying pro-Europe MPs will challenge the public vote. It warned that MPs may use the House of Commons to fight a guerrilla campaign to keep Britain in the single market.

The newspaper said fewer than 200 of the parliament’s 650 MPs support the Leave campaign, and the pro-Remain majority could “shape the means of exit” as Britain “disentangles” itself from the EU.

A Leave campaign spokesman told the Daily Mail: “If you vote Leave, Britain will negotiate a British option which will end the supremacy of EU law and take back control of our borders and our democracy and our economy.”

The Remain campaign told the newspaper: “The Leave campaign can’t tell us what would happen if we vote to leave. At every point, they have admitted they ‘just don’t know.’ Leaving Europe would be a leap in the dark that would damage our economy, lead to price rises and job cuts.”

Leading gambling organisations, or bookmakers as they are known in Britain, have slashed the odds on the Leave campaign winning in the referendum. Punters wanting to have a flutter on the result have found major bookies, Coral, has cut the odds on the Brexit vote from 5/2 to 7/4, while odds on Remain winning have been lengthened from 1/7 to 4/11.